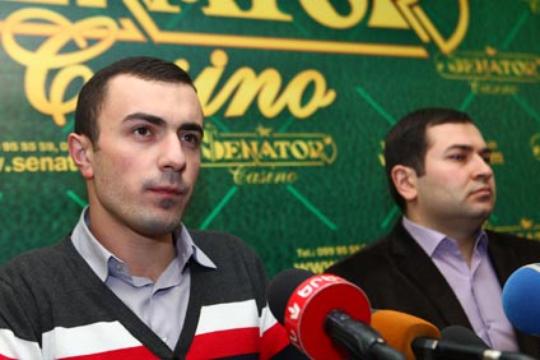 Protests in Azerbaijan are organized by the Government. Expert

Today, on January 14, at the meeting with the journalists, an expert in Azerbaijani issues, Sargis Asatryan said that the demonstrations and the protests in Azerbaijan connected with the death of a soldier are actually organized by the government itself.

The expert noted that the Government in this way wants to show that there is civil society in the country. It is interesting to note that the policemen talk to each other in Kurdish dialect, which means that they are not Azerbaijani. This is actually a violation of Azerbaijani law.

Another expert, Alik Aroyan, noted, Azerbaijan and Georgia relations are not as close as they were under Saakashvili’s rule. “Georgian PM has an interesting strategy in saying that he is not very experienced in politics and makes mistakes all the time.”

As for Ivanishvili’s visit to Armenia, Aroyan noted that various issues will be discussed and the PM will have better understanding of Armenia-Georgia relations. He concluded, Georgia tries to improve its relations with Armenia.