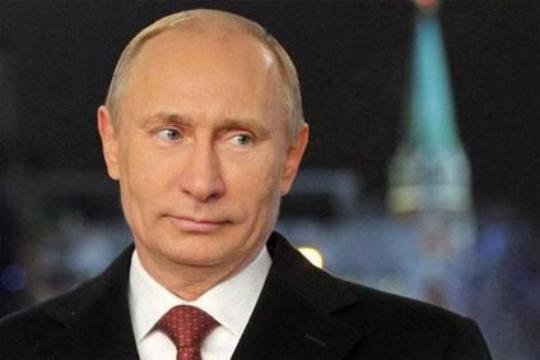 Below read Pavel Felgenhauer’s recent article on Jamestown Foundations about the US_Russia relations and recent developments.

Moscow politics were dominated last month by the angry reaction of Russian officials to the Magnitsky Act. Adopted by the United States Congress in mid-December, this legislation bars US entry to Russians accused of involvement in the death in custody of anti-corruption lawyer Sergei Magnitsky and other alleged rights abuses as well as freezes any assets they may have. Initially the authorities promised to draw up a similar list of undesirable Americans, but during the passage of the bill in the Duma, additional clauses were added, banning Americans from adopting Russian children and outlawing human rights organizations that receive any private or public support from the US or employ any US citizens. The bill swiftly and with overwhelming support passed the Duma and upper Federation Council and was signed into law by President Vladimir Putin, taking effect from January 1, 2013 (RIA Novosti, December 28, 2012).

Putin initially tried to somewhat distance himself from the anti-adoption bill, publicly insisting that it was “an emotional response” by Duma deputies to “American provocations.” He claimed not to have initiated the bill and was not familiar with its text but broadly “understood” and supported it (www.kremlin.ru, December 20, 2012). These explanations did not sound plausible, as the anti-adoption bill was rushed through with obvious Kremlin support. Eventually, at a meeting of the State Council, a presidential advisory body, Putin fully backed the bill, attacking the US and its treatment of adopted Russian children and invoking nationalistic rhetoric: “There are probably many places in the world where the living standards are better than ours. Will we send all children there? Will we also move there?” (RIA Novosti, December 27, 2012).

According to opposition internet TV channel Dozhd, the additional controversial clauses were added to the Russian bill opposing the US Magnitsky Act by deputy presidential administration chief Vyacheslav Volodin, who is in charge in the Kremlin of internal politics and the suppression of the anti-Putin opposition (www.newsru.com, December 22, 2012). The clause in the bill allowing the authorities to seize the assets of and outlaw nongovernmental organizations that receive any support from the US or employ any US citizens threatens most if not all existing human rights advocate organizations, including the Moscow Helsinki Group (MHG), the independent Levada polling center and the Moscow branch of the anti-corruption group Transparency International. The longtime head of MHG Lyudmila Alexseyeva (85), a prominent Soviet-era dissident, was expelled in 1977 and granted US citizenship in 1982. Alexseyeva returned to Russia in 1993 and now holds a Russian as well as a US passport. Alexseyeva believes the anti-adoption bill was specifically crafted to ban the MHG and her, since she is the only US citizen heading a human rights group in Russia. Alexseyeva and other human rights activists plan to challenge the bill in court as unconstitutional, though in Russia the courts are absolutely servile and loyal to Kremlin demands (Kommersant, January 9).

Banning Americans from adopting Russian children may have been a PR clause to stir up anti-US emotions to gain additional public support, while the main political thrust of the anti-adoption bill is to gain legal leverage to arbitrarily outlaw human rights groups the Kremlin dislikes. This calculation seems to have backfired badly: anti-Americanism is a strong public trend in Russia, but the anti-adoption bill that will make more miserable the life of thousands of abandoned Russian children has caused widespread moral indignation, also within the ranks of the Russian government itself, with several ministers publicly voicing their concern (RIA Novosti, December 25, 2012).

More than 650,000 children are considered orphans in Russia, and according to official figures some 110,000 live in state institutions. Lena Spelman (20), a university student in the US who was adopted seven years ago together with her younger brother from a state institution in Arzamas, in an interview with the semi-official news agency Interfax explained that she visited Russia to meet her mother and older brother in Arzamas. Her Russian mother is an alcoholic and her older brother an aggressive one, so Lena was forced to flee Russia back to the US after several days. According to Lena, only five percent of the children from the state institution in Arzamas that were once her companions and were released to live on their own after reaching 18, more or less succeeded in life. The rest are either on drugs, alcoholics or in prison, while some are already dead at 20 (Interfax, December 16, 2012).

The dismal state of the orphan welfare system is well known in Russia. The pro-Kremlin Public Opinion Foundation poll has registered 56-percent support for the ban on US nationals adopting Russian children, but 21 percent strongly opposed the prohibition (RIA Novosti, December 25, 2012). In December the Novaya Gazeta newspaper collected over 130,000 signatures in an online petition against the anti-adoption bill. The petition was delivered to the Duma and ignored. This week, Novaya Gazeta has gathered more than 100,000 signatures under another petition, calling for the Duma to be dissolved in favor of new elections (ITAR-TASS, January 10). The Coordinating Council of the anti-Putin opposition parties and groups, formed after last year’s massive protest demonstrations, has called for a mass protest march against the anti-adoption bill in Moscow on January 13, reversing a previous decision to postpone mass public protests until warmer weather in the spring. The Moscow authorities have allowed the march to go ahead (Intarfax, January 10).

Russia today seems to be a small speck on the political horizon in Washington, which is overwhelmed with financial deficit squabbles and President Barack Obama’s cabinet appointment confirmation controversies. But in Moscow, the United States is at the forefront of policies, genuinely feared or involuntarily used as a boogie man by the Kremlin. Massive public indignation against the use of destitute Russian orphans as political fodder is interpreted by the Kremlin as extra proof of a US-led conspiracy to oust Putin and instigate regime change. As a result, the Kremlin does not seem to be in any mood at present to compromise with the internal opposition or be accommodating with Washington on any international or bilateral issues.