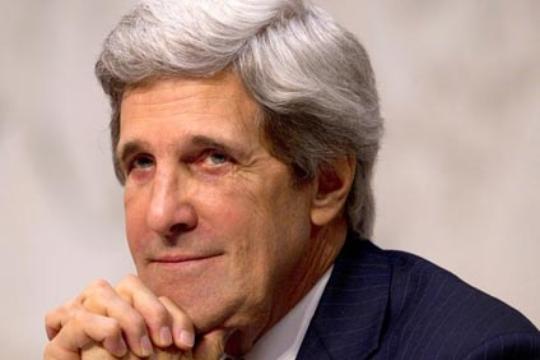 John Kerry’s Record On Central Asia And The Caucasus. EURASIANET

Analyst Joshua Kuchera in his recent article on EURASIANET.org about John Kerry’s diplomacy concerning Central Asia and Caucasus. According to Kucera, a review of his record shows that in any case, he’s pretty firmly in the mainstream of the Democratic Party, and his views don’t differ much (if at all) from those the Obama administration has already been advocating. Most characteristically, this means high-minded rhetoric about human rights and democracy with less indication of how those principles can stand up when confronted with the realities of running international military operations.

Kucera writes, “In Central Asia, Kerry has consistently advocated democratization and human rights. He was among a small group of senators to write then-Kazakhstani Foreign Minister Kanat Saudabayev to complain about the treatment of human rights activist Yevgeny Zhovtis.
In 2010, Kerry wrote an op-ed here on EurasiaNet entitled “Washington Must Show Commitment to Kyrgyz Democratization,” in which he argues that “the security-democratization debate is not a zero-sum game”:
There has been a growing worry within Kyrgyzstan that the United States cares more about its security needs than those of the Kyrgyz people. We must prove this perception false, with actions rather than with rhetoric….

As Kucera notes, Kerry, in sort of wishful thinking, would be following directly in the footsteps of his predecessor-to-be Hillary Clinton. To go out on a limb a bit, there seems to be a common affliction among high-level Democratic foreign policymakers — both Clintons, Madeleine Albright and Kerry are all examples. Among these sorts of people, who do strongly care about human rights and in general doing the right thing, when they are forced by the exigencies of power to exercise realpolitik, they seem to need to justify themselves by claiming that their policy is in fact somehow advancing human rights or democracy.

As for Kerry’s diplomacy in Caucasus, Kucera writes in his article, “Anyway, on the Caucasus Kerry also has closely tracked the Obama administration, strongly supporting the reset with Russia while arguing that “this dialogue will not come at the expense of Georgia’s security and sovereignty.”
Some of Kerry’s previous stances derive from the fact that he represents Massachusetts, a state with a relatively high population of Armenian-Americans. So, he defended former U.S. ambassador John Evans when Evans was fired for using the word “genocide” to refer to the 1915 events in eastern Turkey. And he also played a key role in passing “Section 907,” the U.S. law restricting military aid to Azerbaijan.

Still, it’s probably a measure of his skill as a diplomat that more or less all sides in the Caucasus support him, though Azerbaijan seems to be slightly wary. Still, Turkey is enthusiastic about Kerry, Today’s Zaman reports.
Again, though, what Kerry personally believes is not likely to be too relevant to his performance as Secretary of State, as he’ll mostly be implementing White House policy. That Kerry’s views are so consistent with Obama’s, and that he is so well acquainted with all of the major issues and players, even in a relatively low priority region like this one, suggests that his tenure will be, if nothing else, smooth.”