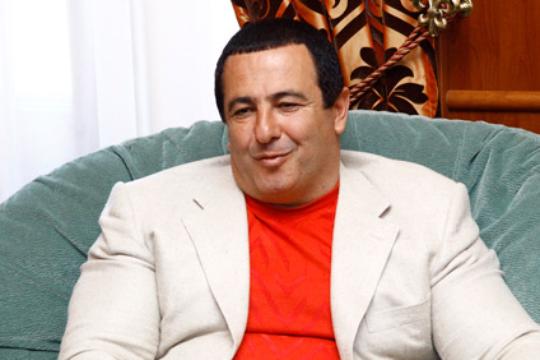 Tsarukyan is a compromise figure

The First News and Analyses (FNA) had an interview with the president of the Political scientists’ union Hmayak Hovhannisyan.

Mr. Hovhannisyan do you find it possible for the opposition and the PAP come up with a joint presidential candidate?

What goal does the PAP pursue?

Will these powers manage to come up with a joint presidential candidate?

Coming up with a joint presidential candidate from the opposition will mean painting the political life plainly black and white. This will be more of a complaining form of election, the one against the incumbent government. But this is full of danger, because in case the opposition does not manage to mobilize the electorate, it will suffer great losses. And nonetheless, if there is this black and white format of the elections this time, the joint candidate may justify the expectations.

Will Tsarukyan be the joint candidate?

According to the information of UI, the chance for Tsarukyan to be the joint candidate is quite high. The proof of this is the silence of the ANC and the ARF who do not announce anything to restrain from further explanations. Tsarukayn’s chances are greater than Oskanian’s or any others but there is a counterargument in this case: Tsarukyan is a compromising figure: he functions with Sargsyan too and never eluded compromises.

Does this mean Tsarukyan will go for a compromise rather than confrontation?

This can be observed in the speeches of the ANC and the PAP. If the ANC announces that the elections are not a self-aimed procedure, the PAP announces they are an alternative. The PAP is a party of the wealthy and the wealthy are always ready for compromises. It is also possible Tsarukyan becomes a joint candidate in agreement with Sargsyan, because Tsarukyan is preferable than Oskanian or any other, candidate since Tsarukyan has the experience to cooperate with Serzh Sargsyan.

There are rumors that Kocharyan runs the PAP and Tsarukyan’s actions.

I do not exclude even Kocharyan’s candidacy. Today it is quite possible.

What about the other opposition fractions: ANC and ARF? Are they going to support the PAP candidacy in case there is any?

The PAP is a powerful party and neither the ANC nor the ARF have the potential to bet it. The ARF does not have its own candidate and being next to a strong political power and eventually succeeding will justify the latters’ decision not to have a candidate. The same is with the ANC: Ter-Petrosyan participated in the mayor elections in 2009 and lost to the PAP candidate. This time he may lose again but already in the presidential elections. Taking into account all this, supporting the PAP candidate will be a good alibi to justify their restrain from presenting a candidate.

Is it profitable for the opposition to have a joint candidate in the face of a PAP representative?

The joint candidate may be suitable for Sargsyan too, because only 20% of the electorate of these opposition parties will give their voice to the PAP representatives, which means a lot of votes will be lost. This reduces the second level for the elections. In case Ter-Petrosyan decides to put his candidacy, his followers will definitely go and give their voices to him which will not be the case if the ANC supports the PAP.

What shall Sargsyan give to Tsarukyan for the latter to go for a compromise?

It must be reminded that the deputy PM was proposed to Tsarukyan by the current PM which definitely expresses the president’s point too. Tsarukyan rejected the proposal, which means he will implement either of his two programs: minimum or maximum. The accomplishment of his maximum plan is solely theoretical, minimum plan will make him go for the second level of the elections, take the second place and demand the Prime Minister’s post. In case Tsarukyan manages to reach the second level of the elections, the incumbent government will be more inclined to propose him the post of the PM.