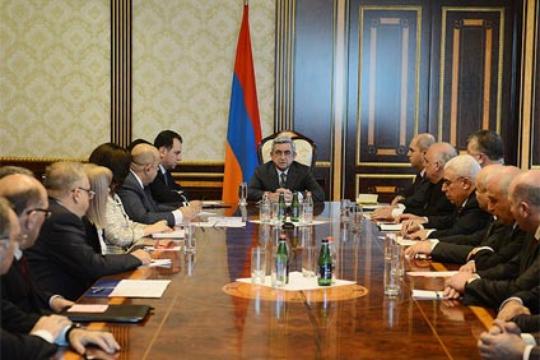 President Serzh Sargsyan convened a meeting, which was attended by Minister of Education and Science Armen Ashotyan and the rectors of state universities.
Head of Rectors’ Council, the YSU Rector Aram Simonyan represented to the President common problems of all the state institutions and their solution proposals, discussed by the Council. During the conference Minister of Education and Chairman of the Council of Rectors reported to the President the implemented work assigned at the previous meeting. Rectors of universities presented priority issues, recent achievements and development programs of each university.
Together with President Serzh Sargsyan they spoke about the status of the state’s universities, some of the measures aimed at ensuring quality education opportunities.