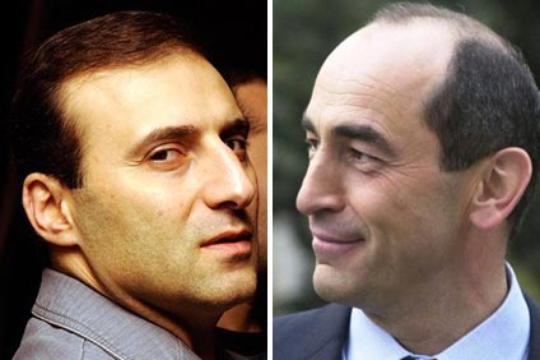 As we know, the second President announced that he will not run because he did not want to escalate struggle between “two Karabakh residents, two longtime partners”.

There was a remarkable response in this regard that Robert Kocharian uses that concept of “Kharabakh resident”, trying to divide the community, expressing provincialism, etc. Robert Kocharian, probably did not expect such a response, and immediately felt the need to correct the situation, the manifestation of which is Gor Vardanyan’s response.

Musa Mikaelyan also notes one interesting thing in Vardanyan’s response, directed to Levon Ter-Petrosyan, where Gor Vardanyan accuses him for transparently dividing the society into two parts, bringing people to streets and leaving them alone against the system, and staying at home under the state protection. This also can be viewed as proofreading of Kocharian’s words.

Note that Gor Vardanyan was previously in the second President’s security staff. Today, of course, Gor Vardanyan has nothing to do with his circles, but after the second President’s interview, his reaction and greeting of Kocharian’s speech turned out to be very efficient and organic, increasing the aura and atmosphere left in the interview, with which Kocharian probably was very pleased.