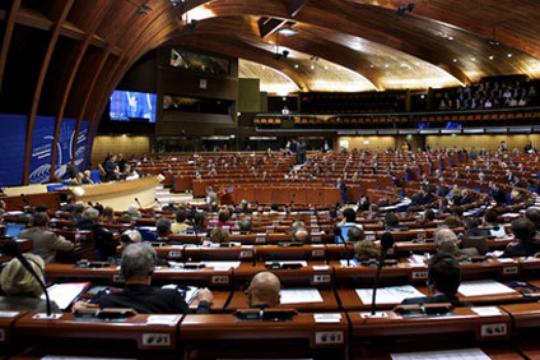 On Wednesday deputy chairman of the Foreign Relations and Inter-parliamentary Relations of the Milli Majlis, a member of the Azerbaijani delegation to PACE Sevinj Fataliyeva said that Azerbaijani MPs will protest the report of Christopher Strasser on political prisoners in Azerbaijan at the winter session of the Parliamentary Assembly of the Council of Europe (PACE).

According to her, the report of Strasser, who has never been to Azerbaijan, is an indication of his personal and biased attitude to Azerbaijan and his position on Azerbaijan in the Council of Europe is unacceptable.

“Most of the members of the Council of Europe well know and understand that such reports are backed by definite forces pursuing their goals. If any MP or politician visits Azerbaijan and gets acquainted with the situation, he will understand that Strasser’s report does not reflect the reality,” said Fataliyeva.

Note that Christopher Strasser’s report will be discussed on January 23 at the PACE winter session.
On January 21-25, the winter session of PACE will also discuss the report on Azerbaijan’s fulfillment of its obligations to the Council of Europe, the election of President and Vice-President, the situation in Kosovo, the work of the European Bank for Reconstruction and Development, the state of press freedom in Europe, gender equality, trafficking of migrant workers.