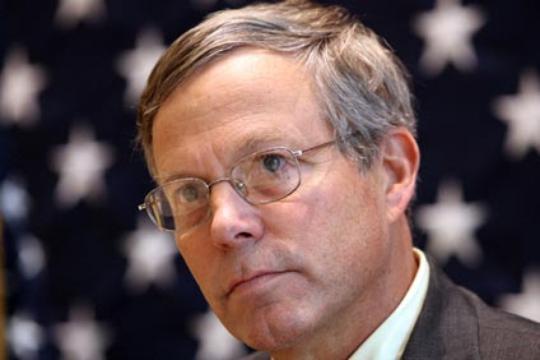 John Heffern talked about American –Armenian relations in the Congress

A meeting was held with the U.S. ambassador to Armenia John Heffern in the U.S. Congress. As the VOA reports, the ambassador talked about American-Armenian relations in the economic, political spheres and also about Nagorno Karabakh conflict, and Armenia-Turkey relations.

In particular Heffern noted that there is the need to open Turkey-Armenia border stressing the importance of strengthening the economic ties. Talking about the Armenian Genocide, the Ambassador noted that the U.S. decision was not a decision of single politicians, or Washington only. OSCE Minsk group is not a lawyer, but a mediator, thus according to Heffern, they may not judge how the parties behave but can mediate for the fast and peaceful resolution of the conflict.

According to Heffern, there are strong economic ties between Armenia and USA the proof of which was Hilary Clinton’s visit to Armenia after 18 years. As for the economic ties, the ambassador noted that they are not on the right level.

For more investments from America, there is the need for changes in the sphere of business and the sphere of competitiveness. The ambassador also stressed the importance of having free and fair elections.