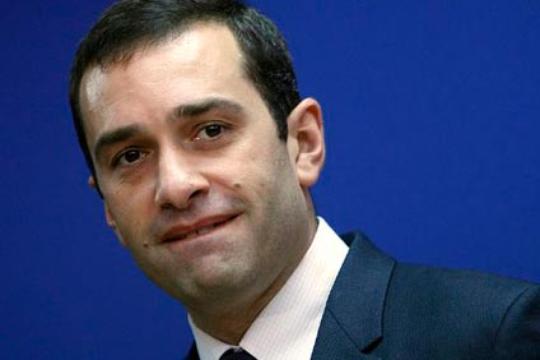 Minister of Defense and First Deputy Prime Minister Irakli Alasania, who does not conceal his plans to participate in the presidential elections in October 2013, revealed several important initiatives for reforming the Georgian army and future cooperation with the United States and the North Atlantic Treaty Organization (NATO). Alasania proposed switching to an all-contract service army by 2016. “No one needs to serve in the army against his will. On the contrary, the service should be prestigious and not accessible to all. Only people who received professional education and are prepared to give up their lives for their country must serve in the army,” the minister stated on January 7, in an interview with the Georgian paper Kviris Palitra.

Until now the Georgian armed forces have been manned on a mixed basis of a professional and a conscript draft system. Five infantry brigades that are made up almost fully of contract soldiers make up the backbone of the military force. However, at the same time there is a functioning military draft system that stipulates drafting all males who reach 18 years old. Obviously, in a country with a population of 4.5 million, where the number of military servicemen does not exceed 35,000, not all young men are drafted. According to the law, any Georgian citizen can buy an 18-month adjournment from the conscript service for $1,200 (http://www.modernarmy.ru/article/171). Such a “financial operation” can be performed repeatedly, up until the person turns 27, when he stops being considered for draft in peacetime.

Therefore, through this selection process, young people from the most impoverished families end up serving in the ranks of the military. They perform only auxiliary functions and do not really add much to the combat capabilities of the Georgian army. Alasania’s idea is to transition to a 100-percent professional armed force. At the same time, the minister has not made any statement on the abolition of payments by the conscripts who want to adjourn their military service. These payments bring significant revenues to the defense budget. However, Alasania hinted that the defense budget would be replenished by cutting top commanders’ benefits. “Our military, which is performing its duty and protecting the interests of Georgia in Afghanistan, never received any bonuses, while the officers from the administration of the defense ministry received $25 million in bonuses and benefits,” Alasania indignantly stated (http://www.civil.ge/eng/article.php?id=25591). He proposed increasing military pay and allowances for Georgian soldiers serving in Afghanistan. In 2013, the monthly salary of a private will be $1,000 instead of the current $715 per month; corporals’ monthly salaries will increase from $780 to $1,040; junior sergeants’ salaries will go up from the current $845 to $1,079; sergeants—from a current $910 to $1,118; and senior sergeants—from $975 to $1,157. Higher ranking military personnel serving in Afghanistan will also receive a pay raise in the range of 9–12 percent (http://www.civil.ge/eng/article.php?id=25591)

Alasania’s reforms are also interesting because they appear to signify the government’s desire to maintain continuity in Georgia’s foreign policy and its commitment to deepening ties with NATO and the US. Many observers expressed their doubts about Georgia’s foreign policy orientation after the opposition, Russian-made billionaire Bidzina Ivanishvili’s Georgian Dream coalition, came to power on October 1, 2012. Experts predicted that the new government would pull Georgian forces from Afghanistan, which are stationed in the provinces of Helmand and Kabul. As of January 2013, there are 1,600 Georgian military serving in Afghanistan. By sheer numbers of military personnel committed to the coalition’s operations in Afghanistan, Georgia is ahead of many NATO countries. Anders Fogh Rasmussen emphasized this repeatedly, calling Georgia’s contribution to the International Security Assistance Force (ISAF) mission to Afghanistan “unique” (http://www.nato.int/cps/en/natolive/news_89740.htm). After three years of participating in ISAF, 19 Georgian servicemen were killed (Civil Georgia, January 7).

Such Georgia-NATO cooperation began during the presidency of Eduard Shevardnadze, who sent 2,000 servicemen to Iraq, where the Georgian forces were at that point the third largest serving contingent after the United States and the United Kingdom (http://www.nytimes.com/2007/10/08/news/08iht-ally.4.7803155.html?pagewanted=all&_r=0).

And yet such Georgian alacrity to participate in the Western coalition’s war effort did not secure a NATO Membership Accession Plan for the country, either at the Bucharest (April 2008) or at the Chicago (May 2012) summit of the North Atlantic Alliance. Moreover, the Georgian military’s participation in these peacekeeping operations did not have much influence on the combat capabilities of Georgia’s forces, according to experts. “In the operations in Iraq and Afghanistan, Georgian military personnel were trained how to fight terrorists, de-mine objects and set up checkpoints; they did not receive any skills for waging a war against a conventional army,” the editor-in-chief of the analytical journal Arsenali, Irakli Aladashvili, told Jamestown. According to the expert, “The Georgian military may not return in time from the faraway Afghanistan, if Russia were to launch another aggressive [attack] against Georgia.”

Still, Irakli Alasania has expressed Georgia’s commitment to the ISAF mission and signaled that the Georgian military will stay in Afghanistan even beyond 2014, when NATO’s operations will be over. “I want to underscore that our mission [after 2014] will not be military or combat. Our military forces will not take part in combat operations. Our task will be to help build up Afghan security and troops and share our experience, [as well as] allow them to receive an education in our defense academy,” Alasania stated (http://dfwatch.net/georgia-ends-battle-operations-in-afghanistan-after-2014-2014).

It is obvious that both initiatives—the transition to an all-professional army and the decision to stay in Afghanistan along with the US after the ISAF mission ends—are part of Tbilisi’s strategy for developing closer military ties with Washington and NATO. American instructors who prepare Georgian personnel for the mission in Afghanistan are already stationed in Georgia. However, most members of the Georgian Dream coalition are skeptical about Georgia’s membership in the North Atlantic Alliance or a deepening military cooperation with Washington within the framework of the US-Georgia Charter on Strategic Partnership (http://constitutions.ru/archives/5596), which was developed under President George W. Bush at the end of 2008 but signed by Secretary of State Hillary Clinton later. Furthermore, the efforts of Minister Alasania, whose pro-Western credentials are beyond doubt, may soon become moot, as the defense ministry establishment retreats before the new policy of the Prime Minister Ivanishvili whose main stated priority is improving relations with Russia (http://vestnikkavkaza.net/analysis/politics/34985.html).