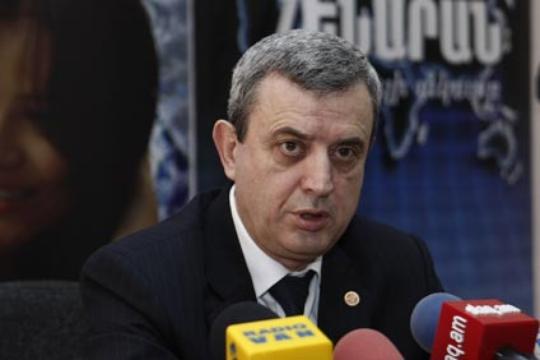 ANC is in this situation because of PAP. Gagik Minasyan

“Many people in our society have serious expectations from the upcoming presidential elections as lots of work has been done during the previous years. We were able to overcome the crisis and all the oppositional powers are represented in the NA.” This was reported today by the RP MP Gagik Minasyan at the meeting with the journalists.

The MP stressed that as serious work has been done, people will elect the incumbent president again. Commenting on a journalist’s note that these elections are not going to be competitive because the ANC, PAP and ARF are not nominating candidates, the MP responded this is a result of wrong political estimates.

“The ANC did everything to be in this situation now. Both ANC and ARF stood next to the PAP and lost most of their electorate. And I am not the only one to think this way; many ANC member parties left the Congress because of that. This means, that every political power should be alone and not dependent on any other party. If these parties at least had hopes for post-election developments, then they would have nominated a candidate.”