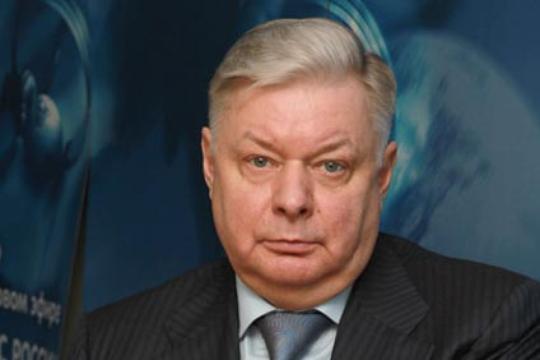 On January 9, President Vladimir Putin proposed amendments to existing legislation that are widely seen as tightly restricting movement within the Russian Federation. The new amendments will apply to foreign migrant workers and Russian citizens alike. Russian citizens will have to register with the government within three months of moving to a new place. Observers see the new legislation as an attempt to revive one of the Soviet era’s hallmarks—the institution of the internal passport or “propiska.” The amendments introduce the concept of “fictitious registration,” mandating punishing tenants who rent living space without the intention of living there and the landlords who knowingly let it happen. Fictitious registration will be punishable by fines of up to the equivalent of $16,000 or up to three years in prison. Living without registration will be punishable by fines of up to $100. The head of the state migration agency, Konstantin Romadanovky, further proposed that those who do not live on their property site for three consecutive months be declared fugitives. The note accompanying the amendments cites the problem of so-called “rubber houses” as the main reason for tightening legislation. A “rubber house” is a living space at which dozens of people are falsely registered but do not actually live on the premises. Having registration entitles them to receive work permits and social benefits (http://www.gazeta.ru/social/2013/01/09/4917949.shtml).

The newspaper Kommersant pointed out that in 2010, when Putin was Russia’s prime minister, he said it was “a bit too early” to introduce “liberal forms of registration of citizens” via the Internet in Russia. The new legislation significantly increases the penalties for not complying with administrative rules and practically criminalizes non-compliance with more stringent registration rules (http://www.kommersant.ru/doc/2101900).

In the meantime, experts say that the declared objectives of the restrictions on migration in Russia are not about fighting “rubber houses” but about tightening control over people. The head of the rights organization Agora, Pavel Chikov, told the website Gazeta.ru that the new amendments practically make it impossible for a person to change his or her location without receiving permission from the authorities. Moreover, they break the Russian constitution’s provision that declares freedom of movement for Russia’s citizens. The Memorial human rights organization’s expert on migration, Svetlana Gannushkina, told Gazeta.ru that the “rubber houses” appeared in the first place because the government does not comply with its own legislation. Namely, a number of rights, such as the right to work, the right to education and the right to medical service, are still illegally tied to a Russian citizen having registration. So in order to obtain these rights, which supposedly do not depend on a Russian citizen having or not having registration in a particular town, migrants have to get the cheapest possible registration, often through the “rubber houses” (http://www.gazeta.ru/social/2013/01/09/4917949.shtml).

Although the new registration rules will apply to all Russian citizens and foreign migrants, the authorities now will have an easier way to control the migration of certain individuals. In the past several years, Russian nationalists as well as the police have regularly targeted migrants from the North Caucasus in Russia proper. Now, the new rules will make it even harder for North Caucasians to move to Russian cities in search of opportunities. So, while the initial drive of the Russian government was to keep the country together by any means, the government through its own actions is deepening the divide between the ethnic Russian regions and the non-Russian regions, especially the North Caucasus. In December 2012, Russian nationalists held protests in several Russian cities against what they called “ethnic criminality” and to commemorate the Russian nationalist uprising on Manezh Square in Moscow in 2010 (http://www.sova-center.ru/racism-xenophobia/news/racism-nationalism/2012/12/d26030/). In marked contrast to Moscow’s move to put more restrictions on the movement of its own citizens from the North Caucasus, Georgia introduced a visa-free regime for the region in October 2010 (see EDM October 20, 2010). So, paradoxically, while it is harder for the North Caucasians to travel within the Russian Federation, it becomes easier to travel to foreign countries, such as Georgia.

It is unclear whether the Russian authorities are trying to use the migration issue as a ploy to distract the Russian public from more pressing issues or if Moscow is trying to respond to the Russian public’s genuine quest for greater ethnic homogeneity in the country. In the fall of 2012, Muscovites were unpleasantly surprised by an enormous turnout of Muslims in Moscow for celebrations marking one of the Islamic holidays. The Levada Center polling organization found that only 21 percent of the voters in Moscow would vote for the United Russia party, while 13 percent would vote for a “new party that defends [ethnic] Russians’ interests in Russia” (http://religion.ng.ru/facts/2012-10-17/3_migrants.html). If voters feel this way in the relatively cosmopolitan city of Moscow, one can only imagine what the feelings of Russian voters are on the Russian periphery.

Along with Russian citizens from the North Caucasus, migrants from Commonwealth of Independent States (CIS) countries, especially those from Central Asian countries such as Tajikistan and Uzbekistan, are yet another category of people widely disliked in the country. To contain the influx of migrants from Central Asia, Moscow could have introduced a visa regime for them. However, since Putin cherishes the idea of creating a Eurasian Union, introducing a visa regime with CIS countries would not be logical and could ruin his dream of recreating a semblance of the Soviet Union on a new footing. So instead of visas, the Russian government appeared to have come up with a half-measure for containing the inflow of migration from CIS countries, which is to tighten registration rules.

The latest proposal to introduce more stringent migration rules illuminates how little depends on the government’s whims to control the development of the country. Moscow adopts laws that clearly point toward strengthening administrative borders and ethnic identities within Russia, as well as distancing Russia from the CIS countries. The processes of the separation of the North Caucasus from the rest of Russia and the decline of Russian influence in the CIS countries appear to be proceeding according to its own schedule, independently of the plans of the Russian government.