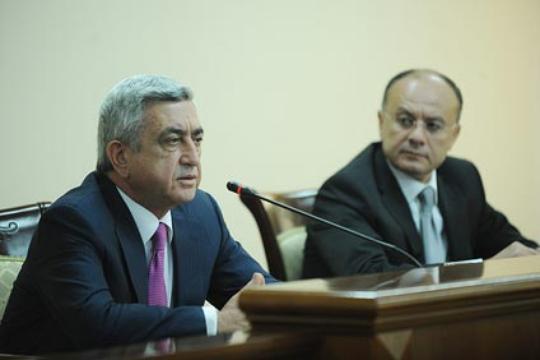 Closed-secret consultation in the Defense Ministry

According to the sources of the First Armenian News and Analyses president Serzh Sargsyan today in the morning held a secret consultation in the Defense Ministry. The representatives of judicial, executive and legislative branches were invited. The government was also present with all 12 committees. The ANC and Heritage committees didn’t take part in the consultation.

The leader of the PAP, Gagik Tsarukyan didn’t show up, but there were three other representatives of the party during the meeting. Hegine Bishryan, the head of the committee of the “Rule of Law” party was present and she said that the issues connect with the Armenian Army, Safarov’s extradition and Armenia’s future policy was discussed during the consultation.

The president also presented a speech who talked about Azerbaijan-Armenia relations, Armenia’s foreign policy in general.