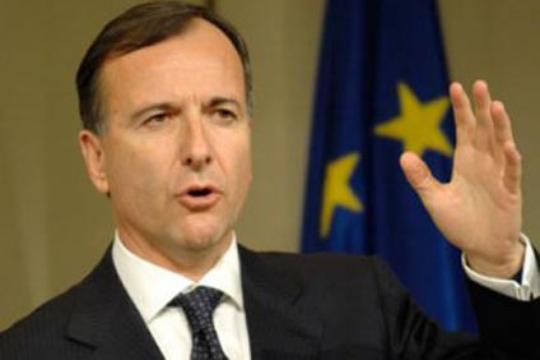 The EU should have a greater role in Nagorno Karabakh conflict resolution. Franco Frattini

International community closely follows the negotiation process over Nagorno Karabakh conflict and pays a lot of attention to it. According to Azerbaijani News.az news agency the statement was made by former Italian Foreign Minister Franco Frattini.

“I myself carefully follow the developments in the process and think that the EU should be eager to find peaceful resolution to the conflict”, said Frattini.

Former EU commissioner also noted that all the actions should be taken according to the international law even if it causes economic losses.

The former FM is confident, any situation requires an answer and that answer shouldn’t be forced, it should come from people.