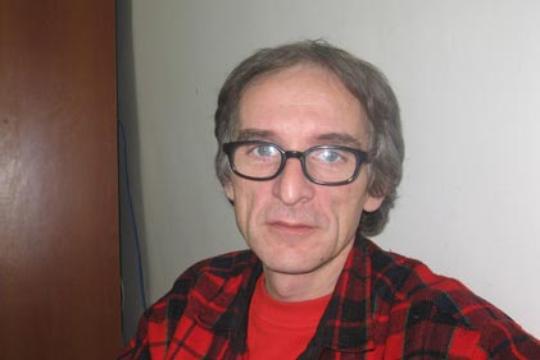 The feeling of being late causes cultural dissatisfaction

Arman, recently people talk more and more about the need of cultural revolution. What do you think at what phase that revolution is now or is it still on the agenda?

It is definitely on the agenda. When saying cultural revolution we refer to the change to free, democratic culture. Cultural revolution is a big phenomenon. It can be compared with the revolutions which happened in other countries. Recently it is mostly talked about French and American revolutions of 67’s. Those were in a way connected to the political revolution, but in Armenia several anti-revolutionist artists were saying that those couldn’t be considered revolutions as they failed. That is to say, the political power who started the process didn’t achieve its mission.
When talking about the cultural revolution in Armenia, we need to note that we weren’t yet able to overcome the soviet inertia in the field of education. I can note one visible thing as a symbol for cultural revolution: the way “qyart”s (young people who listen to rabiz and used to wear black cloths all the time) used to dress has been changed. They also started having their hair long.

Arman, do you think the reason for the late cultural revolution is the soviet inertia? How should we overcome that?

I think that process is ongoing and at the same time there are new political parties coming into the political field. Over three political parties came up with announcements of not nominating any candidate for the presidential elections and not supporting anyone. This means, that the strategies in political field have also changed. Now we are moving to the struggle without violence. This is also one spectrum of cultural revolution. Now in Armenia the cultural revolution is still going on. Even though people don’t go out in the streets and do their campaigns, but there is the change in the consciousness. This means, that the soviet person is changing.
As for the Arab Spring, I don’t think that type of revolution is possible in Armenia. Those kind of revolutions are connected with young people. You should have many young people. In Armenia the revolution starts form the issue of identity: who is the Armenian? Is he/she free? Does he/she have individuality, or being Armenian deprives you from individuality? If I agree with the term being late, then I should say that the feeling of being late becomes a reason for cultural dissatisfaction.
The reasons in Armenia are not just political, they can be ideological too. The most common strategy remains to be the antimodernist one, and the modern should be the federal institutions. The process of cultural revolution is slow. The artists are afraid to dare.

How are you, as ANC supporter, going to realize your part of the cultural revolution, especially now when your party didn’t nominate any candidate for the presidential elections.

As I have already mentioned I don’t mix the political issues with that of cultural revolution. For me it is important that the generation of new ideas never stops. The cultural revolution in Armenia is the connection between the space and the time. I think that the revolution will be realized when we can overcome the feeling of being a victim. Even Armenian art is based on that: the sarcasm and sadness is the result of feeling as a victim.

You also said that the emigration troubles you. How is the whole situation in Armenia connected with human being who leaves the country because of socio-economic problems?

Today there are few approaches for the discussion of cultural issues. I am for profound, general analyses. We have been using the word “cultural” since 60’s. The psychological is also very important in all this, even though it won’t be able to answer all the questions. There is a lot to be done to find answer to all these questions.