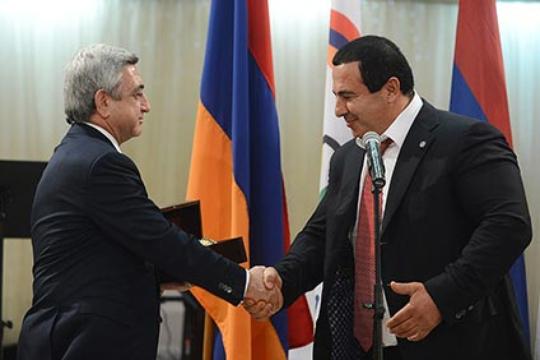 Is PAP again back in the game?

The analyst of “First News and Analyses” Yeghiazar Ayntaptsi writes about the news that are spreading in the Armenian press about PAP’s preparations for the Yerevan Mayor’s elections.

The reporter is not even surprised as he notes, that it would be even more surprising if the second largest political party would not participate in such important elections. However, one question is not clear in here, that is whether PAP is just straining the intrigue of its participation in the elections like it did before the presidential elections, and as a result will leave the game again, without any explanations.
Moreover, the reporter is wondering whether this intrigue is built by PAP or maybe by the Republican Party. So nobody should be surprised if some indescribable events take place before the mayor elections, as Serzh Sargsyan might start using his strategies again.

As mentions Yeghiazar Ayntaptsi, there might also be some divergence of opinions between Sarsgyan and Taron Margaryan inside the Republican Party, which will mean that Sargsyan would rather bring PAP back into the game to avoid the internal divergences.