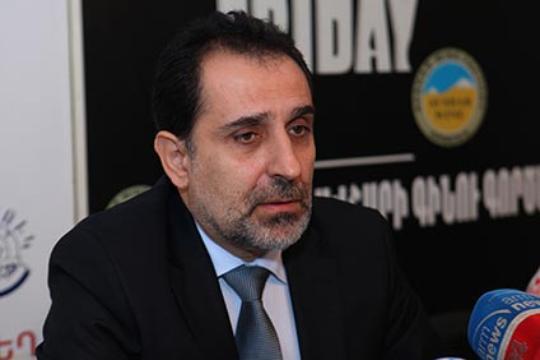 Electoral plege should not be a reason for not being engaged in politics: Aram Harutyunyan

“National Accord” party leader and presidential candidate Aram Harutyunyan, who has not yet paid the electoral pledge, noted that this should not become a reason for not being engaged in politics.

“I assume that this issue should not have been risen in a normal country.” said Aram Harutyunyan.
The presidential candidate said that it is not a problem for him to find that money, he had it long ago. He reasoned that the banks were closed on holidays and tomorrow he will pay those 8 million AMD.

Aram Harutyunyan also touched upon the applications for campaign posters in more than 5 square meters of space and joked that now he does not know what space he will be given from the remaints for his advertising.