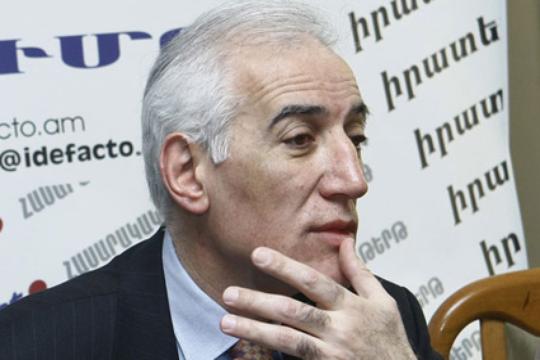 There won’t be increase in foreign investments, In case of Serzh Sargsyan’s reproduction: Vahagn Khachatryan

The expectations for the increase in the foreign investments for the next year are negative. As noted in the interview with the “First News and Analyses” economist Vahagn Khachatryan, it depends on the current authority: “If this authoritative system remains, it is obvious that there won’t be foreign investments in Armenia, which means, that there won’t be any development. I think they didn’t even expect such situation, but if we listened to the authority representatives last year during this period, they were saying that the amount of the investments would increase, but this is the reality.”

According to Khachatryan, the one, who does not follow the rules in business, always gets punished: “Even Adam Smith used to say the capital needs stability, peace and wise governing. However, in Armenia there is neither stability, nor wise governing, and the peace is relative.
Direct investments have been decreased for 53% and this is the salvation not only for the RA, but also the whole region (Georgia, Azerbaijan).
So if Serzh Sargsyan succeeds in his plans, then there will be 2 dangers: first, there won’t be investments, and second, the emigration will reach a bigger scale.”