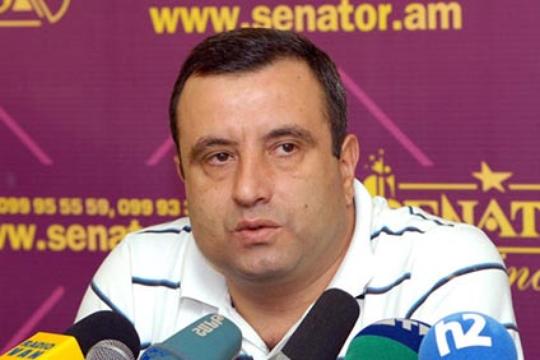 No need to thank Tsarukyan. Sedrakyan

Epic-scientist Vardan Sedrakyan, who is nominated in the upcoming presidential elections had a press conference and said that his predictions were true concerning RA former presidents.

We should recall that neither Armenian first president Levon Ter-Petrosyan nor second president Robert Kocharyan put their candidacies.

He thanked both presidents for not putting candidacies and not creating obstacles on his way to become president.
Sedrakyan stressed that RA current president Serzh Sargsyan won’t be elected if he doesn’t pay money for these votes.
What concerts Raffi Hovhannisyan, leader of “Heritage”, presidential candidate, he said that he has offered Hovhannisyan money to take back his candidacy but Raffi refused to accept it.
According to Sedrakyan, if he is elected, he will make all 3 RA presidents his advisors.

While talking on PAP and its leader Gagik Tsarukyan, Sedrakyan said that he doesn’t see any necessity to thank Gagik Tsarukyan since he thinks that PAP is the RP’s political initiative.