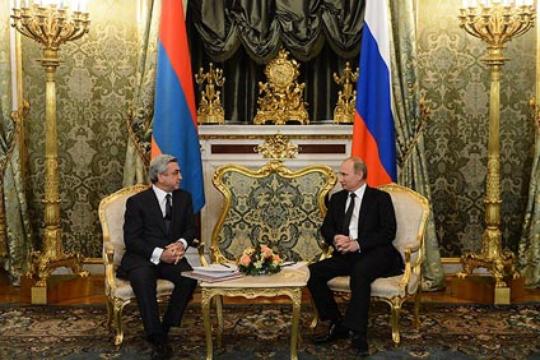 Who threatens the authorities most?

In his political analysis Musa Mikayelyan writesthe EU already obviously states its stance on Armenia which has to choose either of the two: EU or the Customs Union (CU). This position of the EU hints both Armenia not letting the country in this case maneuver between Russia and EU. This also has a message towards Russia showing that the EU has strong stance on Armenia.

Mikayelyan states Armenian authorities have always maneuvered between the west and Russia and now the time has come to show that this policy is already impossible.
What decision the official Yerevan will make is not clear, but it is clear that in case the state interest was on the first line, the EU would be the track to follow since the spectra of development in case with EU are incomparably vast.

Mikayelyan states unfortunately the state interest is not the first moving factor for the government and self-interest prevails over state one. Anyhow, the decision official Yerevan will make depends on the level of threat the EU or Russia will demonstrate over Armenia.