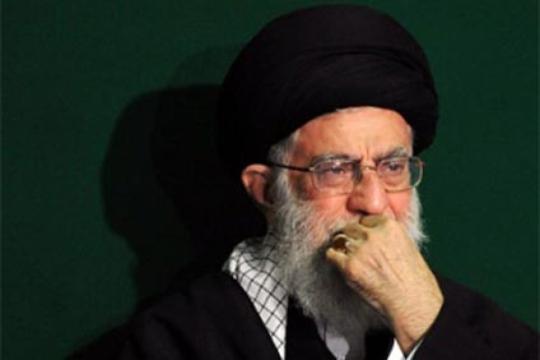 Iran’s Conservatives Push for a Deal

Ray Takeyh, senior fellow at the Council on Foreign Relations, published an article on Iran’s conservatives. Find the article below.

As Washington contemplates another round of diplomacy with Iran, an intense debate is gripping the Islamic Republic’s corridors of power. An influential and growing segment of Iran’s body politic is calling for a negotiated settlement of the nuclear issue. Such calls have transcended the circle of reformers and liberals and are increasingly being voiced by conservative oligarchs. In the midst of this melodrama stands the Supreme Leader Ali Khamenei, whose instincts for resistance are being challenged by some of his loyal supporters.

In a sense, the sanctions policy that the United States has pursued over the past decade is beginning to bear fruit. Sanctions and pressure were never going to provoke an Iranian capitulation, but they have seemingly succeeded in convincing influential sectors of the theocracy to reconsider their options. The notions of talks with the United States and compromise solutions are not new in Iran, but had previously been embraced by largely inconsequential actors such as President Mahmoud Ahmadinejad and his two predecessors, Hashemi Rafsanjani and Muhammad Khatami.

In recent days, however, that chorus has been gingerly joined by some hardliners. In November, Mohsen Rezai, the former head of the Revolutionary Guard, stressed that given Iran’s strength, it is now in a position to address the United States on a more equal footing. In a similar vein, General Muhammad Reza Naqdi, the head of the Basij militia, who had previously acclaimed the virtues of sanctions as empowering domestic production, now claims that “if the United States behaves properly we can negotiate with it.”

All this is not to imply that the Islamic Republic and its complex maze of decision-making has arrived at a consensus on resolving the nuclear issue. The chief proponent of resisting such gestures remains Khamenei. In recent weeks, in a subtle and indirect manner, the Supreme Leader has rebuked those calling for concessions on the nuclear front. It was, after all, Khamenei’s representative to the Revolutionary Guard, Ali Saeedi, who castigated proposals for direct talks with the United States as a trick to get Iran to relinquish its nuclear ambitions. A remarkable article in the Keyhan newspaper, long seen as Khamenei’s mouthpiece, warned the “tired revolutionaries” that “by offering wrong analyses and relating all of the country’s problems to external sanctions, they want to make the social atmosphere inflamed and insecure and agitate the public sentiment so that the exalted Leader is forced to give in to their demands in order to protect the country’s interests and the revolution’s gains.” It is inconceivable that such an article would have been written without Khamenei’s approbation.

Despite his stern and forbidding presence, Khamenei can be coaxed into compromise—one that concedes aspects of the program but not its entirety. At this juncture, the Islamic Republic’s contentious and divided system can only countenance a limited deal, one that addresses the hard edges of its program. Khamenei is too invested in his enmities and too attached to his nuclear apparatus to accept its dismantlement. An accord that curtails Iran’s production of 20 percent enriched uranium can still reduce tensions and potentially pave the way for further arms-control measures. A circumscribed agreement would not end Iran’s nuclear challenge, but it may empower more reasonable actors and inject a measure of pragmatism into Iran’s nuclear calculus. For the United States, such an accord has the advantage of delaying Iran’s nuclear timelines and putting some indispensable time back on the clock.

The challenge for the international community is how to transact a limited deal while maintaining the leverage of the sanctions that seem to be disciplining the recalcitrant theocracy. It is the conceit of Iranian diplomacy to give a little and get a lot back. Despite the crisis atmosphere that unwisely surrounds this issue, it is important to recognize that time and its accompanying pressure continue to favor the United States more than Iran.

Ali Khamenei may not want a deal with America, but increasingly he cannot afford not to have one. Ironically, a more circumscribed agreement that allows him to sustain the essential character of his nuclear program and his slogans of resistance may be his path out of the dilemma of his own creation. Such an agreement may yet create conditions favorable to a more fundamental accord.