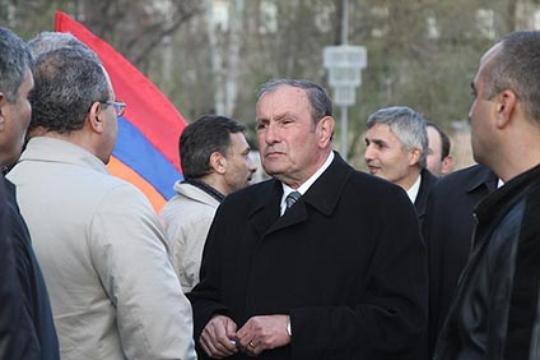 Russian conspiracy unmasked before the public

Musa Mikayelyan in his political analysis refers to Hrant Bagrayan’s recent announcement on his decision to put his candidacy to the upcoming presidential elections. He also added in case Ter-Petrosyan puts his candidacy he will withdraw his own but this does not change the overall freezing of his relations inside the ANC.

Mikayelyan states this is a hint that another party can break the ties with the ANC as well. Only time can prove whether this phenomenon is good or bad but the fact that the ANC is getting ruined is constantly betting obvious.

Only time can prove concludes the ANC split has a tremendous significance in the political life of Armenia. This shows how the two ends of the political power go under the influence of one superpower and it makes no difference which superpower is that. The ANC split perhaps speaks about the rational proportion of the public, Mikayelyan states.