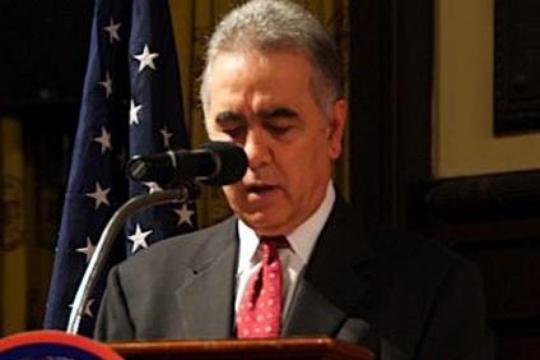 On the eve of the 90th anniversary of the Armenian Genocide in 2005, Mehmet Ali Birand, a prominent Turkish commentator, wrote an article in Hurriyet urging the Turkish public to be prepared for the upcoming “Armenian tsunami.”

Earlier this month, the Turkish newspaper Gazete Kars published a similar editorial titled, “The Armenian preparations for 2015,” alerting Turks of the approaching 100th anniversary of the Armenian Genocide in 2015, and advising them to take effective counter-measures.

The editorial reflects how closely Turks are following Armenian preparations for the Genocide centennial and how anxiously they are weighing the impact of the forthcoming Armenian activities on Turkey.

The lengthy column reports that Armenia and the Diaspora are expanding their joint campaign against Turkey on the eve of the 100th anniversary of the Armenian Genocide. The article warns that “Armenians through their lies will raise the entire world to its feet” and suggests that “the Republic of Turkey immediately put into action all its resources and take preemptive measures to bring to naught this deception.”

Gazete Kars complains that Armenians are “tarnishing Turkey’s reputation by launching powerful attacks on forty fronts. To counter these attacks Turkey must take far greater defensive and offensive measures. There is not a single minute to waste. The world is swallowing their lies.”

The editorial proceeds to outline the activities of notable individuals and organizations in preparation for the Armenian Genocide centennial. The newspaper specifically mentions Prof. Taner Akcam, filmmaker Steven Spielberg, the French and Armenian governments, Berlin University, and Hayk Demoyan, Director of the Genocide Museum in Armenia, who is quoted stating: “the struggle for Genocide recognition must be combined with an understanding for restitution…. We must pursue legal avenues to assign responsibility for this crime.”

The Turkish newspaper reports the formation of a central coordinating committee in Yerevan on April 23, 2011 to prepare the program of activities for the 100th anniversary of the Armenian Genocide. The committee, chaired by Armenia’s president, convened its inaugural meeting on May 30, 2011.
The Turkish editor then focuses on my articles, wrongly identifying me as “Ara” Sassounian, publisher of the California Courier. I am quoted stating that “demanding genocide recognition is no longer useful for Armenians. On the contrary it is harmful. Turks are happy that we are satisfied with this demand. What we should demand is justice. When he is asked what does justice entail, he explains that it means financial, moral and territorial restitution.”

The Turkish writer further elaborates on my views by stating: “Sassounian believes relations between Armenia and the Diaspora are not perfect, and that it is imperative to have a common understanding, especially on issues related to ‘Hay Tad’ (the Armenian Cause). Sassounian also believes that more serious results could be achieved by bringing together Armenians living in 100 countries under the umbrella of a Diaspora Parliament composed of 350 representatives.”
Gazete Kars concludes its editorial by outlining some of the Armenian activities planned for the 100th anniversary of the Armenian Genocide:

The editors of Gazete Kars do not seem to realize that Armenians in fact welcome Turkish attempts to counter the upcoming genocide centennial activities. By doing so, the Turkish side would be helping to publicize the Armenian Cause beyond what Armenians are capable of doing on their own.

The original article appeared in Asbarez.