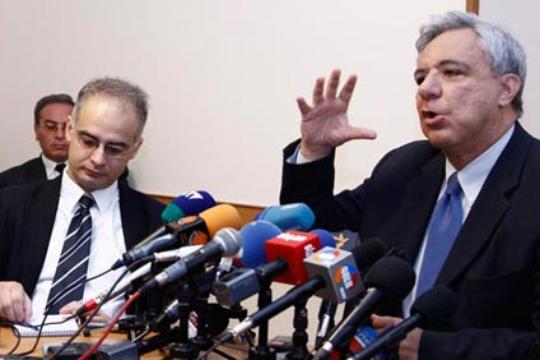 Yesai Araratyan in his political analyses writes that the Congress, headed by Ter-Petrosyan, was able to maintain a civil society in the so-called anti-Russian section, a little criticizing the West.

He adds that these words are said on that background, where the previous day in the RPA Serzh Sargsyan mentions the Russian factor equal to the side of the American and the European, saying not a word about the Eurasian Union.

The fact that the ANC has never been inclined to be pro-Western was already clear from the time, when in response to the ANC low discussions, the ANC elite denied the dominance of the Western factor. For the availability of the Russian factor the civic society is an obstacle, and the obstacle is trying to be solved by means of the ANC.

According to Araratyan, now the ANC will be in front of two fronts, on the one hand- the government, on the other hand- the civil field. He recalls that for a long time the ANC’s main playing card was the civic legitimacy and the power in the street. That power expired over time, but in any case, continues to be the ANC’s main mobilization resource. Now this mobilizing resource lost all its theoretical chances. The form of civil manifestations is initially western, because the West has created the idea of civic society and continues to circulate in the Western values and political context. Even if in the direct sense its activities are not anti-Russian in Armenia, then they are at least exclude the Russian factor.

The reporter adds that now the situation is very difficult and painful, and the ANC has essentially consumed all its resources, absolutely all, except PAP “tractors”. It is expected that Zurabyan will do everything to capitalize all the resources of the Congress and to “serve” to Kocharyan’s camp.
As Araratyan concludes, civil society already has to think about a matter of growing into a political structure, since that field does not seem to perceive the society seriously, and just try to use the population for their benefit. Moreover, all the forces and leaders act like this- Serzh Sargsyan, Levon Zurabyan, Raffi Hovannisian- using the vulnerability of the society.