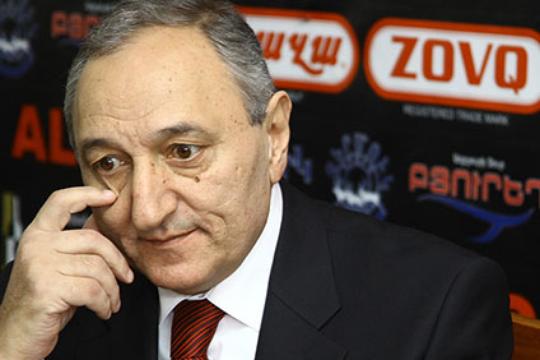 Our News Agency had an interview with former PAP member Vartan Bostanjyan.
The journalist noted that some days ago it seemed that PAP leader Gagik Tsarukyan would certainly be nominated for the elections but now it seems that he has changed his decision and asked politician to comment on it.

According to Bostanjyan, PAP leader should have made his final decision earlier since Tsarukyan’s long-lasting decision brings discomfort to PAP.
To the question on discomfort, Bostanjyan responded:

“The thing is that you make people believe in you, they are being ready to vote for you and after it you disappoint them. It is the worst thing.”
During the interview the journalist once again noted that currently Tsarukyan doesn’t want to be nominated and asked Bostanjyan to comment on it.

“Gagik Tsarukyan is very famous person in Armenia and I’m sure whatever he does, is for our nation. Maybe he thought that he can’t be the leader of the country and decided to leave the post for another one who can take such responsibility on his shoulders. If he, in the end decides not to be nominated, it will be very shocking for the persons who stand behind him. It will be dangerous for our country either. Since the situation of disappointment is the worst feeling that one can have” said Bostanjyan, adding “I think that if Tsarukyan decides not to be nominated, he will help Sargsyan by that step, or, at least, he can’t make troubles for him.”