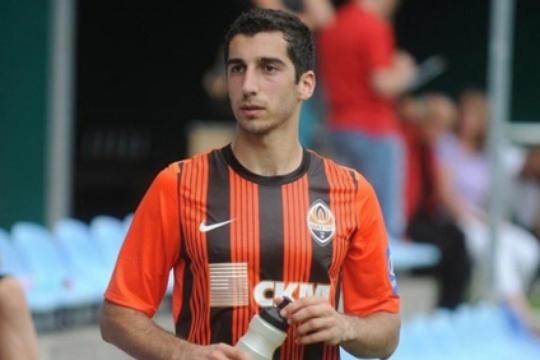 Due to the result of voting made by “Ukrainian Football” daily, striker of Armenia and Donetsk “Shakhter” FC Henrikh Mkhitaryan became the best foreign player in Ukraine Football Championship 2012.

According to the official website of “Shakter” FC, this request is the 22nd in the history of edition, as well as the large-scaled one; including more than 2000 letters.
Besides Mkhitaryan, “Shakhtar” won two more awards: Mircea Luchesku, as the best coach, and Andrei Pyatov – the best goalkeeper. Note, midfielder of “Dnepr” FC Yevgeny Konoplyanka became player of the year.