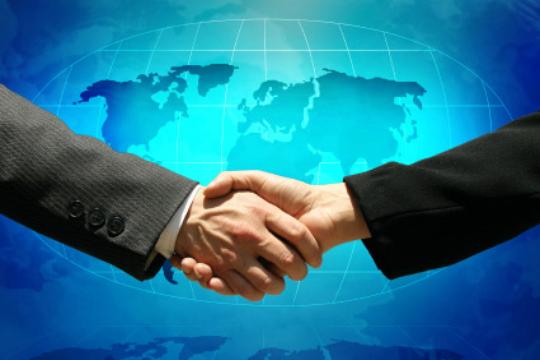 The EU’s free trade agreements – where are we?

The EU issued its memo reflecting the state of free trade agreements. Find the full text below.

Over the next two years, 90% of world demand will be generated outside the EU. That’s why it is a key priority for the EU to open up more market opportunities for European businesses by negotiating new Free Trade Agreements with key countries. If we were to complete all our current free trade talks tomorrow, we’d be adding to the EU economy 2.2% to our GDP, or €275 billion. This is equivalent to adding a country as big as Austria or Denmark to the EU economy. In terms of jobs, they could generate 2.2 million new jobs or 1% of the EU total workforce. Here is an overview of the most important free trade deals currently under negotiation or under consideration.

An FTA could increase the EU’s GDP by almost one percentage point and boost EU exports to Japan by one third. 400,000 additional jobs are expected as a result of this deal – in the EU alone. The Commission is fully aware of concerns among certain Member States, notably related to non-tariff barriers in Japan. This is exactly why the Commission agreed with Japan– even before potential negotiations started – that Europe can ‘pull the plug’ on negotiations after one year if Japan does not show evidence of removing certain non-tariff barriers in that 12 month period.

Japan is the EU’s second biggest trading partner in Asia, after China. Together the EU and Japan account for more than a third of world GDP.

High-Level Working Group for Growth and Jobs with the United States of America – In terms of size, the EU-US trade relationship is the biggest in the world, with more than €1.8 billion of goods and services traded every day between the European Union and the United States. The EU and the US economies account together for about half the entire world GDP and for nearly a third of world trade flows. However, more can be done. The EU and US are currently working together in a High-Level Working Group on Jobs and Growth, launched at the EU-US Summit 2011, to discuss how they could further integrate their trade relationship, with the option of launching a free trade agreement. The results should be known by the end of this year (SPEECH/12/793).
Southern Mediterranean (Egypt, Jordan, Morocco, Tunisia) – In December 2011 the Council adopted negotiating directives for Deep and Comprehensive Free Trade Areas (DCFTAs) with Egypt, Jordan, Morocco and Tunisia, to “upgrade” the current trade agreements with these countries. The Council agreed on 29 November that the Commission could start negotiations with Morocco soon.

On-going negotiations
Canada – Negotiations for an EU-Canada Comprehensive Economic and Trade Agreement (CETA) started in May 2009 and are now in their final stretch. EU Trade Commissioner Karel De Gucht and Canadian Trade Minister Ed Fast met in Brussels on 22 November, making substantial progress in the talks. Both sides have instructed their negotiators to narrow the gaps on the outstanding issues, aiming for a deal in the coming weeks (IP/12/1258). Canada is the EU’s eleventh most important trading partner whereas the EU is Canada’s second-largest trading partner, after the United States. The value of bilateral trade in goods between the EU and Canada was €52.5 billion in 2011. An economic study jointly released by the EU and Canada in October 2008 showed that a comprehensive trade agreement could increase two-way bilateral trade by another €25.7 billion.

Singapore – Singapore is already today the EU’s largest trading partner in the ASEAN group – a third of EU-ASEAN trade is with Singapore (€65 billion). Singapore is also the EU’s main investment partner in ASEAN, accounting for 80% of the investment stock between the regions. Hence, an FTA would clearly be a trade-gateway into Asia, offering enormous opportunities to European business in the region. Negotiations were launched by Commissioner De Gucht and Singapore’s Trade Minister Lim in March 2010. Eleven negotiating rounds have been held so far, the last one in November 2012, and further technical meetings are under way, especially in the area of services, with the aim to conclude the talks soon.

In the ASEAN region, the EU is currently also negotiating a Free Trade Agreement with Malaysia (launched in May 2010) and Vietnam (launched in June 2012 – IP/12/689). The EU’s door remains open to start negotiations with other partners in the region and hopes one day to complete these agreements with a region-to-regional trade agreement.

Eastern Neighbourhood – The EU is currently negotiating Deep and Comprehensive Free Trade Area as part of Association Agreements with Georgia, Armenia and Moldova.

India – Talks started in 2007. Substantive progress was achieved so far and there is a renewed momentum recently with the contours of a deal emerging. Now both sides need to go the final mile to put the package together.

Mercosur – After more than two years of technical work, the EU estimates that it is now time to proceed to the exchange of market access offers if we want to give a renewed impetus to this negotiation with the objective of concluding a balanced and ambitious trade agreement.

African, Caribbean and Pacific countries (ACP) – Economic Partnership Agreements (EPAs) are trade and development partnerships between the EU and African, Caribbean and Pacific countries (ACP), based on the Cotonou Agreement (2000). EPA negotiations started in 2002 and have now been concluded with three regions, which have initialled (and then signed and ratified) an agreement: the Caribbean (CARIFORUM), the Pacific (only country currently involved: Papua New Guinea), and Eastern and Southern Africa (ESA – Zimbabwe, Mauritius, Madagascar, Seychelles). Negotiations are entering a decisive phase in the SADC EPA Group. Progress is uneven in the rest of Sub-Saharan Africa.

The EU therefore has 10 trade negotiations under way and several more trade and development negotiations (EPAs) on going.

Free Trade Agreements finished but not yet entered into force
Peru and Colombia – The Trade Agreement with Peru and Colombia was signed on 26 June 2012 in Brussels. It’s expected that, once fully implemented, the deal will result in total tariff saving of more than €500mio per year. On the EU side the procedure allowing for a provisional application of the agreement could be finalised by January 2013. The European Parliament is scheduled to vote on the agreement during its plenary session in December 2012. The EU is the second largest trading partner of the Andean region after the US. Trade with the EU was worth 14.3% of the total trade of the Andean Community in 2010 (IP/12/690).

Ukraine – The EU and Ukraine have concluded the negotiations for a deep and comprehensive Free Trade Agreement (DCFTA) in December 2011. The next step will be the signature of the Agreement by the Council, once the political conditions are met.

There are also 5 Economic Partnership Agreements with African, Caribbean and Pacific States that have been negotiated but they have not yet entered into force. These are Cote d’Ivoire, Cameroon, Southern African Development Community, Ghana and Eastern African Community.

Free Trade Agreements already in force
South Korea, in force since 1 July 2012 – This agreement is the first of a new generation of free trade agreements that went further than ever before at lifting trade barriers and making it easier for European and Korean companies to do business together. As the FTA has lowered import tariffs for European products at the Korean border, it’s estimated that EU firms have already made cash savings of €350 million in duties after just 9 months – from boost in sales of European wine to high-quality fashion products (IP/12/708).

Mexico – Since the entry into force in October 2000 of this comprehensive Free Trade Agreement, total bilateral trade has doubled, passing from €21.7 billion in 2000 to €40.1 billion in 2011. At his recent visit to Mexico in November 2012, EU Trade Commissioner Karel De Gucht called for an upgrade of the current FTA (SPEECH/12/825).

South Africa – South Africa is the EU’s largest trading partner in Africa. The Trade, Development and Co-operation Agreement, in force since 2000, has established a free trade area that covers 90% of bilateral trade between the EU and South Africa. The liberalisation schedules were completed by 2012.

Chile – The EU and Chile concluded an Association Agreement in 2002, which included a comprehensive Free Trade Agreement that entered into force in February 2003. The EU-Chile Free Trade Agreement is broad and comprehensive and covers all the areas of EU-Chile trade relations. EU is Chile’s second largest source of imports, after the USA. The EU is also Chile’s third largest export market, after the recent rise of China as an important export market for the EU.

The EU therefore has 28 trade agreements already in force. This does not include Syria as the trade provisions are not applied.