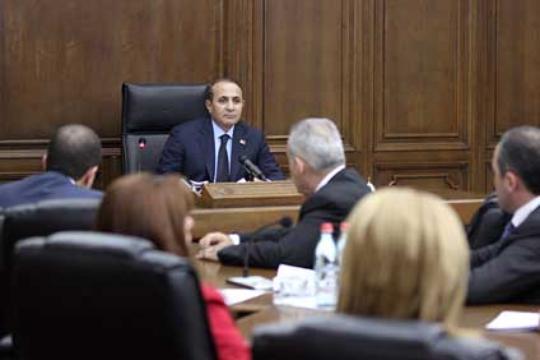 The Department of Public and Media Relations informed “First News and Analyses” that they discussed amendments at the second session of the fifth convocation of the National Assembly and the draft resolutions of the NA four-day agenda on December 3-6. The NA second session on amendments to the draft resolution included 12 issues and 2 an international treaties. The NA forthcoming four-day agenda includes 83 questions, including 23 international treaties.

On December 3, will take place a number of sessions of the NA Standing Committees.