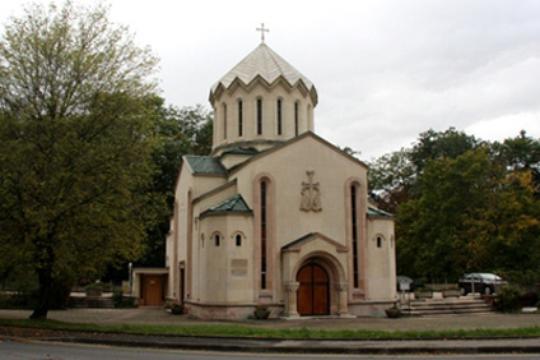 The word “Genocide” must remain on the cross stone in Halle: German-Armenians’ petition

“Nor Yaradj” paper in France reports the German-Armenians have started a petition against the commission of the culture to the municipality of Halle, Germany. The mayor of Halle Takmar Shapatos had initially agreed on erecting a cross stone dedicated to the victims of the 1915 Armenian Genocide.

The cross stone which is to bear the word “genocide” on it is supposed to be opened in 2015 on the 100th anniversary of the Armenian Genocide however recently the cultural commission of Hale has made a decision to replace the word “genocide” with “massacres and deportation” referring to the 2005 parliamentary decision. The German-Armenians insist on the word “genocide” and argue it does not file a legal claim to the authorities, let alone the cultural committee.
You can participate in the petition following the link: http://www.aga-online.org/alert/detail.php?locale=de&alertId=5

Similar initiatives by the German-Armenians have been a success particularly when they protested against the decision to rename one of the parts of Manheim a “Turkish mass”.