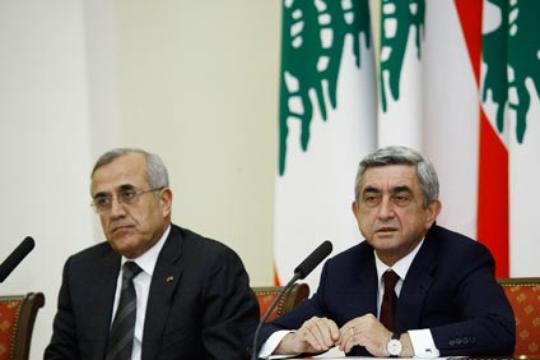 The First News and Analyses reports the 4 MPs in the Lebanese Parliament will not be present at serzh Sargsyan’s speech. The chairman of the Hunchakian party Aleksan Keoshkeryan stated that this step should not be taken as one against Serzh Sargsyan, Their deliberate absence in the Parliament has intrastate motives that concern Lebanon. After the recent developments in Lebanon the powers presenting “March 14” are boycotting the parliamentary sessions demanding the signing of the government.

Thus the absence of 4 MPs during Sargsyan’s speech actually have nothing to do with Sargsyan. Keoshkeryan added that they will miss only the parliamentary session where Sargsyan will be delivering his speech and will be present during all the other events with the president of the RA and will see the latter off in the airport as well.

Serzh Sargsyan is to leave for Lebanon on an official visit . Recent turbulences near Beirut during which the general of the intelligence service Visam al-Hasan was murdered escalated the conflict in the country causing increasing controversy between the political powers “March 8” and “March 14”.