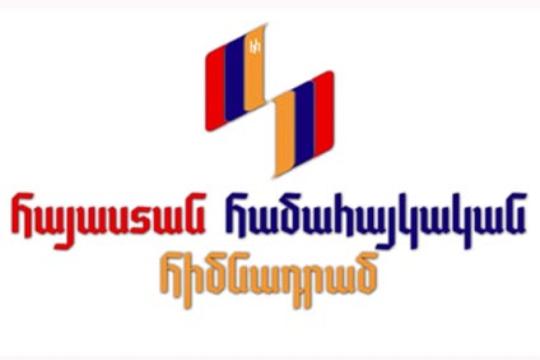 More than 700 Armenians and foreign volunteers from France, Germany, Switzerland and Belgium during these days will call from 5 French cities- Paris, Lyon, Marseille, Nice and Tuluz to Armenian families and organizations offering to make their donations to the fundraiser reconstruction of Armenia and Artsakh. Except France, the Netherlands, Greece, Sweden, Brazil and Argentina will join the initiative.

Donations will be used for the construction of community centers in villages of Artsakh, agricultural development projects for Armenia’s Tavush region and for the solution of urgent problems of Syrian-Armenians.

According to the Chairman of the French local authority of the foundation Petros Terzian, they will do every possible thing to solve the existing problems in homeland with the help of the donated money this year too.
“Unfortunately the problems of our Syrian brothers convened to these issues, the solution of which requires unified efforts,” added Mr. Terzian.