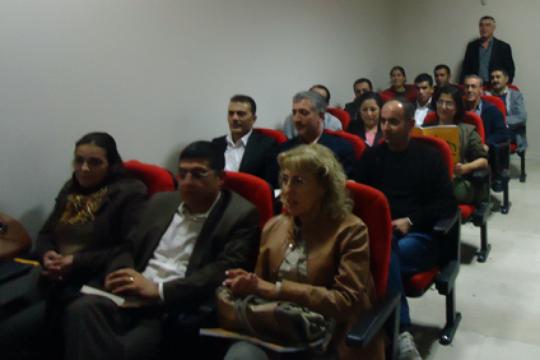 The Armenian Weekly reports that the second installment of an Armenian language course offered in Diyarbakir/Dikranagerd was launched on November 6.

As reported, nearly 30 students who received certificates for completing the first course enrolled in the second one to improve their language skills and other fifteen students have signed up.

The course is taught by KevorkFikriÇalış and according to him if last year the course focused on grammar and sentence structure, this year the emphasis will be on conversational Armenian.