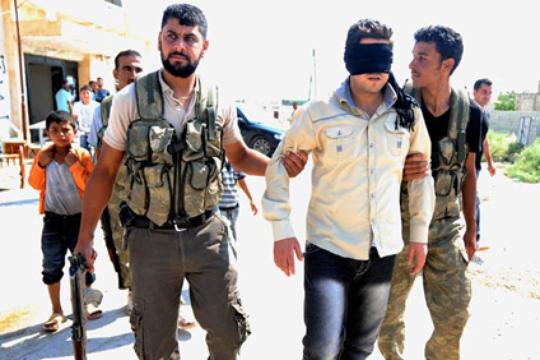 One more Armenian killed in Aleppo, another – kidnapped

According to the sources of the Armenian community in Syria, all the Armenian hostages are alive. It is also reported that one of the kidnapped, George Rabati, has been released.

Today an Armenian was kidnapped in Edlib region, Saraqib residence, another Armenian – Vardan Khachatryan, was shot accidentally in Vilaner residence. As Armenpress reports, on October 29 the militants stopped a truck and have captivated 10 people 7 out of which – Armenians. The opposition demands their followers to be released within 3 days otherwise all the hostages will be shot dead.