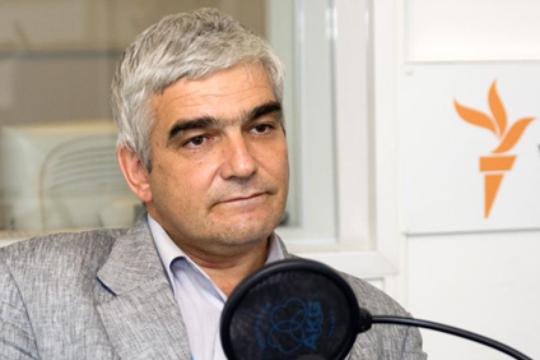 First News and Analyses conducted an interview with Andrei Ryabov. Andrei Ryabov is a member of the Carnegie Moscow Center’s Research Council and chair of the Center’s East East: Partnership Beyond Borders Program.

Mr. Ryabov, France as an OSCE Minsk group co-chairing country actively works on the resolution of Nagorno Karabakh conflict. If in the previous years Russia had the role of a mediator, it was organizing the meetings of Armenia and Azerbaijan, France today seems to be one to carry out that mission. Why is Russia not as active as before? What expectation can be there from France’s initiative?

Russia really did a lot in that direction. Dmitry Medvedev did great amount of work trying to somehow change the situation. But especially the last meetings had no positive result. And I think that Russian government yields from this process deliberately. Russia is still involved in the process as before but it lets other countries which are involved in the negotiation process also have their input. Though I think, after Safarov’s case there can be no serious achievement, the same way as there is no real hope for Armenia-Turkey relations. That’s why maybe Russia stands aside to see what others can do. At the same time, the accusations that Russia’s position prevents constructive dialogue, prevents from reaching breakthrough in the conflict, are sentenced to death.

What do you think should be done to have progress in the negotiation process?

In reality, I see no feasible means for success right now. The only way for both sides to achieve a result is to undergo a number of serious concessions which is practically impossible. Such compromises are just impossible taken the inner political situation of both countries. There is a strong opposition in Armenia because of the Karabakh issue. And I think it is very difficult to put aside the traditional direction of Karabakh issue. Hence the initial task for the international society as well as for the Minsk group is to prevent the escalation of the conflict by means of all possible diplomatic tools in order to keep the status quo.

After Ramil Safarov’s extradition there was a tension and there were even views that a new war could start soon. What do you think, what prevented the new war, what did somehow neutralize that danger? Was that connected with Iran and with the fact that there could be a new regional war or was there something else?

Iran’s role in the situation is immense because any conflict or the escalation of the latter will cause troubles in the region, it will have its effect on the other countries of the region. I think that those sad predictions didn’t come true due to the stand of both the country leaders of the conflicting countries and that of the world players. None of the superpowers in the world and in the region today is interested in the restart of this conflict, that’s why they will keep their attention on it. They understand perfectly that the conflict in the region can have unpredictable consequences.

There is a view, that one needs to reconcile with the fact that Karabakh issue will never be solved. Do you think it is possible to have unresolved conflict in our region?