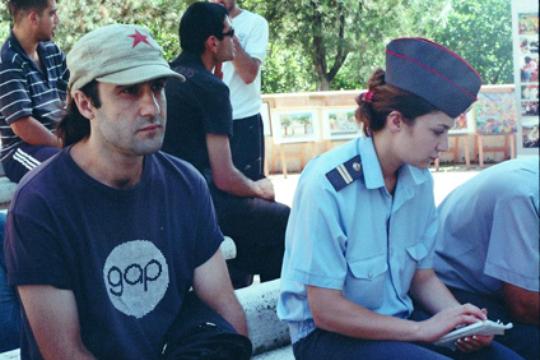 As reported, the police had caught them for violations in public areas. The members of the group had to carry an administrative responsibility.

We should recall that the “Hakaharvats” (backlash) art group had posted the picture of the arrested ANC activists in the North Avenue with a note “Backlash Against the Regime” under the picture.