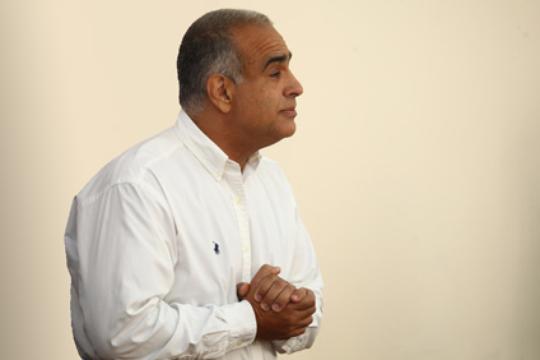 Raffi Hovhannisyan – a candidate for the presidential elections

Raffi Hovhannisyan, leader of Armenian oppositional party “Heritage”, today, November 2, had a press-conference and announced that he is going to be nominated in the upcoming presidential elections.

According to him, he is doing this as an Armenian citizen who bears responsibility, will, and guilt for the current situation in the country, and therefore he wants for this situation to be mended, surmounted, and lessened.

“I expect the participation and the support of those people who want to see democracy in Armenia, of those who expect that the family of their president must be impoverished in Armenia as long as there is even one poor family in the republic, and of those who wish to see our republic as a sovereign country,” said Raffi Hovannisian adding “Hopefully the new presidential elections will be held freely and in that case Armenia will have a new president or at least a strong opposition, but if not, “I promise to go till the end with my nation”. This is all I want from our nation, the will to go till the end. This is the first and the only time that I will be nominated for the presidential elections.”