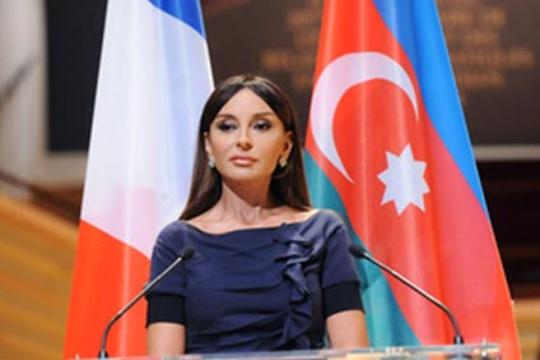 France as a co-chair of the Minsk Group makes efforts to resolve Nagorno-Karabakh conflict. First Lady of Azerbaijan

Azerbaijani media reports that the first Lady of Azerbaijan, head of the Azerbaijan-France Inter-parliamentary Friendship ,Mehriban Aliyeva, during the ceremony devoted to the 20th anniversary of building diplomatic relations between Azerbaijan and France held at Salle Pleyel Palace of Paris, announced that France as a co-chair of the Minsk Group makes efforts to resolve Nagorno-Karabakh conflict.

According to her, Azerbaijan stands for the early resolution of the conflict based on international law. Four UN Security Council resolutions have to be performed and the” territorial integrity of our country must be restored”. “Settlement of the conflict is important in the Azerbaijani-French agenda”, she said.

The First Lady of Azerbaijan said cultural and humanitarian cooperation between the two countries have been successful during these years. Mehriban Aliyeva said she was hopeful the French-Azerbaijani relations would develop further in future.