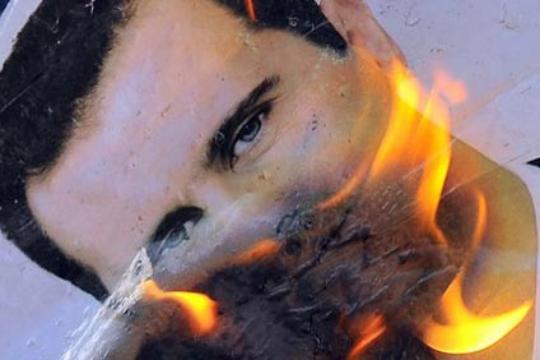 An Alternative to Force

Dmitri Trenin published an article on Syrian developments. Find the text below:

Russia’s approach to Syria is best analyzed on three levels of diminishing importance. At level one comes the concern about the international order. More specifically, this is about the use of force in international relations and the toppling of regimes from the outside. No longer a Soviet-era superpower, Russia abhors the use of force at will by the United States. Moscow insists that authorization for the use of force is vested solely in the United Nations Security Council. Thus, as a permanent, veto-wielding member of that Council, Russia has the ability to protect its interests. In broader terms, ideal world governance, in Moscow’s view, is built on a great-power consensus. The vaunted “multipolarity” is just the most recent iteration of the concept first used in the 19th century Concert of Europe, where the Russian empire felt quite comfortable.

Closely linked with this, and still under the rubric of international order, is the strong emphasis on state sovereignty. Syria, from the Kremlin perspective, is merely another case where the West is in the business of regime change. In Iraq, the US invaded to topple Saddam Hussein. Iran has long lived under a similar threat. In Yugoslavia, NATO’s air war led to the separation of Kosovo from Serbia and the overthrow of Slobodan Milosevic. Most recently in Libya, the Kremlin chose not to oppose a no-fly zone to save innocent lives but was angered when the humanitarian mission then morphed into a regime change operation. Qaddafi had few friends in Russia, but his overthrow raised the question of Western credibility. In a way, Syria is paying for Libya.

At level two, there is the Russian government’s assessment of the developments in Syria and, more widely, of what is called the Arab Spring. From the very start, Russian Middle East-watchers have been markedly less upbeat on the nature and direction of change in the region. What most of them see can be termed a “Great Islamist Revolution.” While Europeans and Americans saw a repeat of Europe’s democratic revolutions of 1848 or 1989, the Russians drew parallels to their own of 1917. Early on, Russian policymakers feared an Islamist takeover, and regarded Western countries and pro-Western liberals as paving the way for religious radicals or al-Qaeda allies.
This fear is deepened by events in Syria where Bashar al-Assad’s opponents include Jihadist elements and where the danger of a sectarian war is very real. In the Russian government’s calculus, Assad is likely to hold on to power for quite some time. But his overthrow will not mean the end of the civil war, only the beginning of its next phase. In President Putin’s words, the Syrian government and the opposition will just switch places, and the fighting will continue. Having such a cauldron of large-scale violence only a few hundred miles from Russia’s own troubled North Caucasus is not good news for Moscow, especially with the Winter Olympics in Sochi less than two years away.

Russia’s material interests in Syria itself are of only third level importance in this analysis. Damascus is no longer Moscow’s ally. The Russians withdrew from the regional power play in the Middle East as long ago as 1990, at the time of the first Gulf War, and have not re-entered the race since. Moscow is a loyal, if relatively insignificant member of the Middle East Quartet. It does not seek to undermine US interests in the region, its ties with Arab regimes have grown cold and, in a most dramatic about-face, the Kremlin has befriended Israel.

Syria does not even come close. Bashar al-Assad is a commercial partner for the Russian defense industry, but the overall economic relationship is not particularly thriving. To persuade Damascus to agree to new purchases of Russian arms, Moscow has had to agree to cancel billions in past Syrian debts to the Soviet Union. The Tartus naval resupply facility on the Mediterranean coast is useful for the Russian Navy, especially as it is the only such station anywhere outside the former USSR, but, with a personnel of about 50, it is a far cry from being a naval base. There are also thousands of Russian-born wives of Syrian citizens – many of them military officers – who once studied in the Soviet Union, and of course their children, but that’s about it. Real and substantial as they are, these interests are fairly limited.

There are several implications of this analysis. Moscow is neither pro-Assad nor anti-West, but its position on the issues of the primacy of the UN Security Council and the importance of sovereignty will not change. In stark contrast to the Soviet Union, Russian leaders today abhor revolution and favor procedure over emotion and ideology. Moscow knows that the West can once again ignore its opposition and intervene in Syria with force. That would not provoke a Russian military action, but the rift between Moscow and Washington would grow deeper. This, in turn, would likely harden Russian attitudes to other crisis situations, particularly over Iran. Finally, the pattern of Sino-Russian opposition to US-led or US-backed use of force around the world, which appeared to be easing with Libya, would be further strengthened.

While the West should not hope that Russia (or China) will simply join it on Syria, it can engage with Moscow and Beijing to stop the violence in the country, and prevent the spread of the conflict. For that to happen, the P5 (permanent members of the UN Security Council), in consultation with the countries in the region, from Israel to Iran, from Turkey to Saudi Arabia and from Egypt to the United Arab Emirates, need to bring their influence to bear on all Syrian parties to stop the fighting and start talking. The negotiations, closely overseen by the world and regional powers and legitimized by the UN, should be about a new political system for Syria, which would install democracy while protecting the rights of minorities: Alawites, Christians, Kurds and others.

Assad will have to go, no question about it. But how he goes will make all the difference. The aim should be a Dayton-in-the-Middle-East. The alternative might be a military victory in terms of Assad’s ouster by the Free Syrian Army supported by a Western-led coalition – but it would probably be a Pyrrhic one..