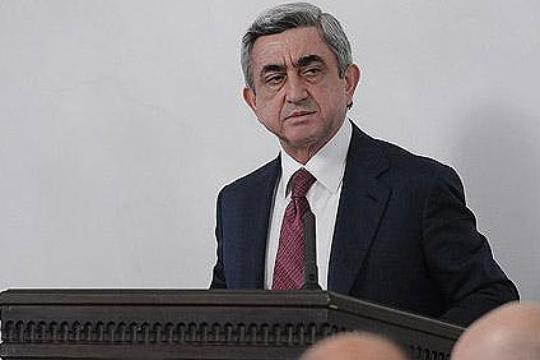 Déjà vu or we have already seen this

Analyst Musa Mikayelyan in his recent article in the “First News and Analyses” writes that Serzh Sargsyan’s utmost interest and attention to the judicial body seems to have a message to the society namely trying to show his interest in forming a trustworthy judicial institute in the country.

The analyst adds that the society could have been impressed by this seriousness, but this behavior of the president, however, has had its precedent. In the past Sargsyan many times showed his determination to solve a concrete problem and after a couple of months everything returned to its previous stream. Taken these precedents into consideration and also the fact, that the presidential elections are close, it is hard to believe the society can take this step seriously.

According to Mikayelyan, Sargsyan’s practical deeds could be first of all making Vardan Ghukasyan, the previous mayor of Gyumri, a defendant. Ghukasyan bankrupted the second largest city in Armenia and later said people should be thankful to him for his well governing. Sargsyan previously had stated that big “heads” in oligarchic sphere should be eliminated however nothing has been changed so far.

In case all these activities were carried out properly and in time, people today would have the feeling they had witnessed a similar amelioration and would support the president for his upcoming elections. Since nothing has changed, the situation remains to hope for the better.