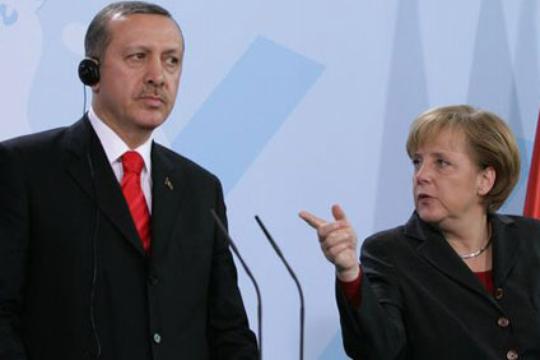 German Chancellor Angela Merkel told Turkish Prime Minister Tayyip Erdogan on Wednesday the European Union (EU) would pursue accession talks with his country in good faith, despite some persistent disagreements. As Reuters reports, Turkey’s talks to join the bloc, launched in 2005, have all but ground to a halt due to an intractable dispute over the divided island of Cyprus, an EU member, and opposition from core EU members France and Germany.

But Merkel told a joint news conference with Erdogan after talks in Berlin: “The EU is an honest negotiating partner.” “These negotiations will continue irrespective of the questions that we have to clarify,” she said, referring to criticisms of Turkey in the European Commission’s report on its performance as a candidate country.