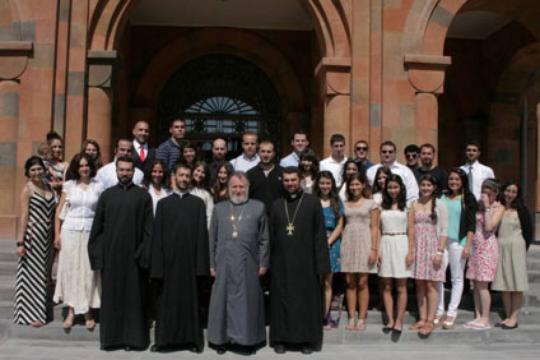 In the interview with “First Armenian News and Analysis” the primate of Damascus episcopate Armash episcope Nalbandyan informed: “The ongoing clashes between Syrian authorities and opposition haven’t disturbed the work of Armenian churches and schools in Damascus. There is no word about closing them.”

“Moreover today in the morning we served a liturgy at 10 o’clock as always. The schools also work.”- he noted.

To the question whether the clashes impacted Armenian churches, the churchman answered that people attend churches less frequently, but anyhow they do.

We note that the work of Russian church in Syria was temporarily stopped as a result of military actions. It will reopen when the situation is stable in the country.
Earlier the UN commissioner of Lahdar Brahimi has managed to persuade the parties to keep truce on the occasion of Id Al-Adha Muslim fest.