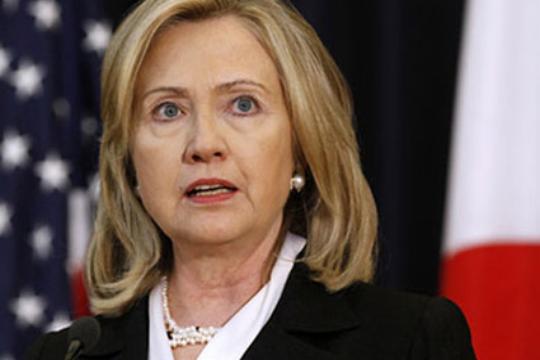 According to U.S. State Department sources, Secretary of State Hillary Clinton, relayed the U.S. Government’s “strong disappointment” over Hungary’s extradition of convicted Azerbaijani axe-murderer Ramil Safarov during a state visit by Hungarian Foreign Minister Janos Martonyi to Washington this week.
In response to a question by H1 Armenian Television Washington DC correspondent Haykaram Nahapetyan, a State Department Spokesperson noted that, “Secretary Clinton reiterated our strong disappointment that Hungary transferred convicted murderer Ramil Safarov to Azerbaijan, where he was immediately pardoned. This decision was harmful to the peace process between Armenia and Azerbaijan, and to trust between the sides.”
“We welcome Secretary Clinton’s continued efforts to impress upon Hungary’s leaders how their reckless release and transfer of unrepentant axe-murder Ramil Safarov to Azerbaijan has undermined the peace process,” commented Armenian National Committee of America Executive Director Aram Hamparian. “In the interest of peace, we encourage the Secretary to translate her words of criticism – toward both Hungary and Azerbaijan – into reality by putting in place a ban on U.S. arms sale to Baku and ending all military aid to the Azerbaijani armed forces.”
Note, U.S. was among the first to express concern about Hungary’s extradition and President Ilham Aliyev’s subsequent pardon, promotion and praise for Azerbaijani army lieutenant Ramil Safarov, who was convicted of brutally axing to death Armenian soldier Gurgen Margaryan in his sleep, during a 2004 NATO English-language training course.