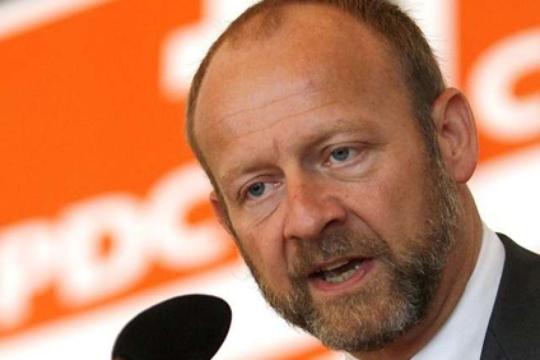 Mr. de Buman, “Armenia-Switzerland” parliamentary friendship team is in Armenia and Nagorno Karabakh by a working visit. What is the aim of the visit especially in these days?

The aim of the visit is to improve relations not only between Swiss and Armenian state agencies, but also between NGOs. We had an aim to get acquainted with the country’s opposition and to find cooperation ties in economic, cultural and social spheres. During these days we tried to understand what measures are taken or can be taken by Switzerland in order to cooperate with Armenia. The chief aim of our visit to Armenia and Nagorno Karabakh was to personally get acquainted with Karabakh conflict. It was essential for us to learn the reality which will enable us to present it to the Swiss executive body, as starting from 2013 Switzerland will take up OSCE presidency.

During these days you had a quite full agenda getting acquainted with Armenian political, social reality and with many problems. With what kind of impressions will you return to Switzerland?

Armenia is a country that has a great culture and proud identity, but its security is threatened. Armenia is in the blockade by several countries and that negatively affects the economic development. There is great demand of democracy in Armenia which would provide confidence for external investment.

Switzerland will follow the principles that ensured its stability for 700 years, it will give priority to democracy, market economy and the policy based on the protection of human rights. Switzerland will give the international public its neutrality and the good fame of a mediator.

What kind of mediation do you mean, Mr. de Buman?

There are many conflicts between Caucasian nations on ethnic, religious, historical grounds. Thus, Switzerland must try to give them an opportunity to negotiate for opening the borders and ensuring their security.

How do you imagine the resolution of Karabakh conflict in this phase taking into consideration the extradition of Azerbaijani murderer Ramil Safarov and the incumbent relations between Turkey and Azerbaijan?

I am sure that Safarov’s issue belongs to completely another domain out of Swiss mediation. In Safarov’s issue even Hungarian naïve actions are unacceptable and the glorification of the convict is similar to satire towards international public. I don’t say that this affair mustn’t have role in the conflict resolution, because it worsened the situation of Azerbaijan but many other factors must be taken into consideration to establish eternal peace.

Translated from Armenian by Narine Hambardzumyan