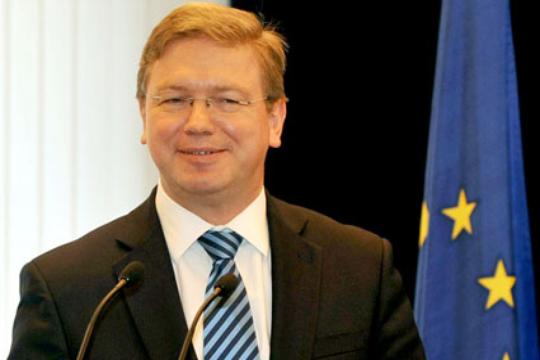 ‘The unrest of the Middle East pushes the EU to intensify the relations with Eastern Partners ‘said European Commissioner for Enlargement and Neighborhood Policy Stefan Fule.
He made the statement at the GLOBSEC 2011 Bratislava Global Security Forum opened in Bratislava on Wednesday, the EU reported.
‘The European Union’s determination to deepen relations with our partners in the East is unwavering. Those same considerations that have driven forward our relations over the past 20 years continue to be relevant today. Closer relations between us are essential in securing greater stability, prosperity and democracy in Europe’ said Fule.
Fule believes 2011 is proving to be an extraordinary year of change with reasons for both optimism and anxiety.
‘Like 1989 and 1990 in Central and Eastern Europe, the changes that we are witnessing will resonate into the future. Europe needs to be ready to respond to these events with determination, imagination and solidarity’ he added.
Fule also touched upon the achievements in sphere of facilitating the movement between the EU and the Eastern Partnership. He mentioned the announcement of the Action Plans for Ukraine and Moldova towards the establishment of visa free regimes for short stay travel. Visa facilitation and readmission agreements came into force with Georgia on March 1.
Preparations are under way for negotiations of similar agreements with the other countries of the Eastern Partnership not already benefiting from such Agreements, Fule said.