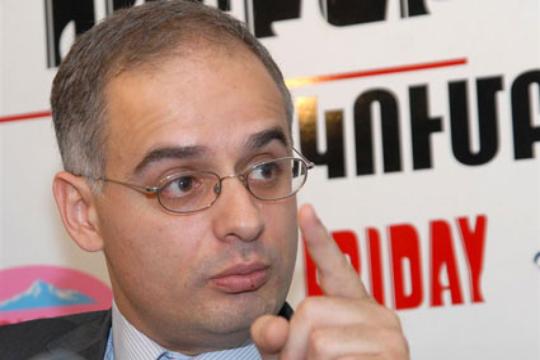 ‘The current situation is unprecedented and what’s more important the tension is at a level Armenia has never seen before’, said the Coordinator of the Armenian National Congress Levon Zurabyan on a press conference held today.

Zurabyan also stressed the importance of revolutions, which now spread in the whole world. ‘In the light of these events the international community starts to realize that murder-autocrats, who use force against their own nation, have no place in the modern world. The most vivid examples are the developments in Libya. At last the international community adequately responses to the use of force.

Levon Zurabyan remembers with regret that the international community didn’t show the same solidarity for the events of the 1rst March 2008. ‘Then the world preferred to turn a blind eye to the developments in a small country of Armenia. Thanks God, it’s overcome, now the world realizes that Qadafi, Kocharyan and the like should end up by the verdicts of the International Court of Justice in The Hague. This development provides a ground for our national struggle’ he concluded.