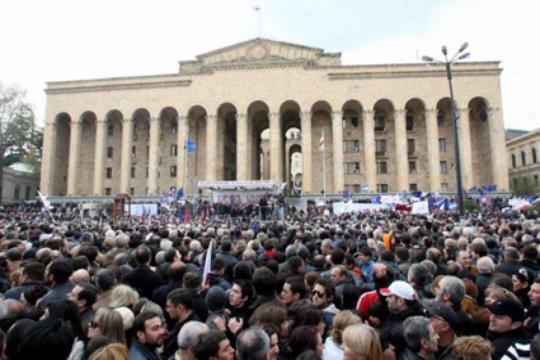 Georgian Opposition Will Not Wait Until 2012

Former Speaker of Georgian Parliament Nino Burjanadze in an interview to Asaval-Dasavali periodical said Georgian opposition is not intended to wait until 2012 for the regime change and dismissing President Saakashvili, quotes Грузия Online News Agency.
National Assembly was launched at the end of last year, were a decision was made to establish committees of civil disobedience. According to Burjanadze those committees will be in charge of organized resistant activities against the Saakashvili regime. Former speaker stated that the current regime is humiliating and insulting for the Georgian people, and the more citizens show readiness for the protection of their rights the sooner they will get rid of the regime.