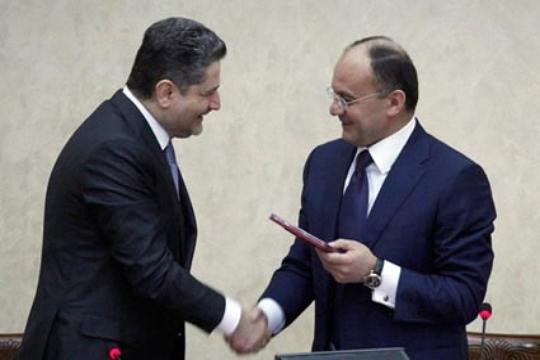 On August 23rd of this year in the articles “Government encourages MF criminal” of “1in.am News and Analysis” website and “Misha Hayrapetyan’s suicide and dark pages of 500 million dollars credit of “Zhamanak” paper it was mentioned that “the minister has announced about 9 billion AMD from external budget sources, which are the bank deposits.” On this account the press service of Ministry of Finance of RA found it necessary to clarify to “1in.am News and Analysis” that “On August 2nd during the government session the minister has said nothing like that.”

Taking into consideration the ministry’s clarification, we fix that according to the same ministry in the release “Brief description of RA state budget in the first term of the year 2012” it is mentioned that “RA state budget outer sources were 22.2 billion AMD excelling the planned project by 10.9%.This excel of external income is mainly connected to the deposits in banks and other financial institutions.”

But other state institutions don’t have the right, e.g. Ministry of Defense, to dispose their financial sources and get their percents. Otherwise it turns out that it leads commercial activities by state means.

The law project of state institutions to dispose their means has been presented in NA by the government and also some changes in the law “About RA budget system”. Actually the clarification of MF ministry is ridiculous as it refers to detail concerning the minister’s personality and not the real matter.