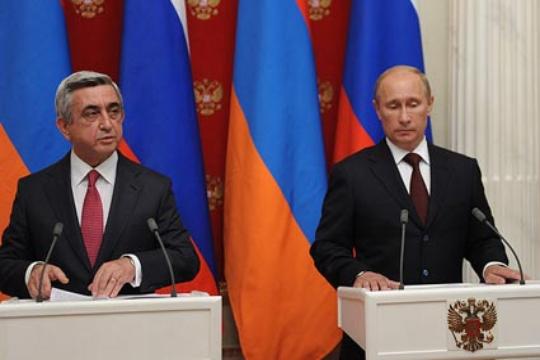 The Concept of Eurasian Union is Neo-sovietism

Recently there have been active discussions in Armenia about becoming or not becoming the member of Eurasian Union, on its possibilities and purposes. On this subject “1in.am News and Analysis” had an interview with an expert of international studies Armen Kharazyan living in the USA. To the question how he treats the idea of new union and on its background the Western ideology and how it will affect the struggle for democracy, Ms. Kharazyan answered: “The idea of Eurasian Union is Neosovietism, an attempt of Russia to regain the influence on soviet countries. It contradicts Armenian independence and must be refused by all means. Russia is our partner.

But today Armenia has a problem of being too much dependant from Russia, and if this isn’t overcome, it will become a serious threat for independence. The proponents of the Eurasian Union must realize this and turn back to Armenia creating and giving the public such a model that will lead to democracy, to technical and economic advance, to polite government system. Armenia has something more than any of our neighbors with the European civilization than just partnership.”

The universal experience shows that sometimes two oppositional parties may cooperate for the sake of democracy. Today in Armenia there is a tendency that there are no ever enemies or friend, only the profit is eternal. Based on the above said and in answer to the question of “1in.am News and Analysis” which is his model of success the expert said: “Inner cooperation in political field must be encouraged. Each of them may have advantages and drawbacks and they are sure to be responsible for their decisions and the consequences, be it political or systematic. The political powers must overcome the stereotype of being enemies but not opponents. They must create inner political competent environment, which will be polite, decent and cooperating. This is the model ensuring success both in inner and outer political arena.”