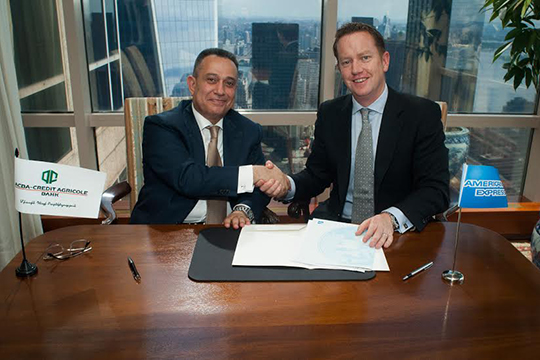 By extending the exclusive contact, American Express has once again expressed confidence in ACBA-CREDIT AGRICOLE and willingness to continue partnership with the Bank for the benefit of customers in Armenia.

The first contact was signed in August 2009, leading to expansion of card acceptance network in Armenia. In 2010 the first American Express Gold Card was issued, offering a wide package of benefits never seen before in Armenia. In 2011 the Bank issued American Express Blue Card, an innovative and trendy Card that rewards everyday spending and has benefits that complement their dynamic lifestyles. In July, 2014 American Express Cashback Card, a product designed for everyday use, which is the first card in Armenia to provide 2% CASHBACK for all transactions in a many supermarkets.

ACBA-CREDIT AGRICOLE BANK and American Express will continue offering new and innovative products in Armenia, aiming at offering a suitable American Express Card to customers with various demands and preferences.