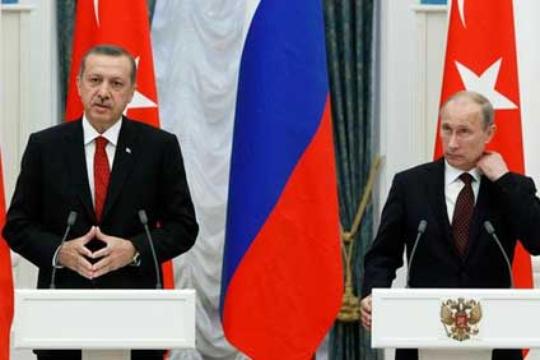 Meeting of Putin and Erdogan began in Istanbul

On December 3 in Istanbul began the meeting of Russian President Vladimir Putin and Turkish Prime Minister Recep Tayyip Erdogan. The meeting was also attended by Foreign Ministers of Russia and Turkey Sergei Lavrov and Ahmet Davutoglu.

During the talks, the Russian President and Prime Minister of Turkey are expected to discuss the entire range of bilateral relations and international issues, including the overall situation in North Africa, the Middle East, recent events in Gaza and the Syrian issue.