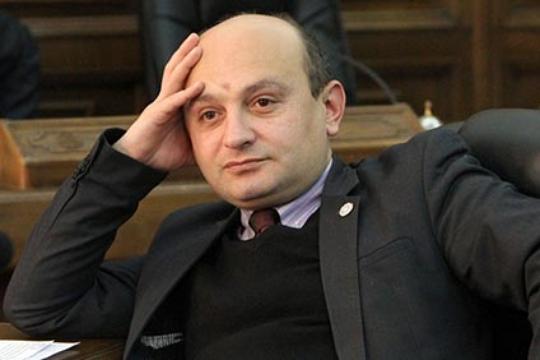 The First News and Analyses conducted an interview with a member of the Heritage political party Stepan Safaryan. The discussion focused on the forthcoming presidential elections.

The journalist noted that it is becoming more obvious that during the presidential elections several oppositional figures and parties which left ANC may support presidential candidate Hrant Bagratyan. To the question whether it would be possible for Raffi Hovhannisyan to also withdraw from the elections and support Bagratyan,Safaryan responded that he is not involved in inner-political relations and can’ talk about them.

The journalist recalled that during the last parliamentary elections Hovhannisyan hardly managed to become MP and asked Safaryan to say what he thinks about Hovhannisyan’s chances.

According to Safaryan, presidential elections and parliamentary elections are very different.

“In presidential elections everything is different. When people know that our country depends on a person, they may change their mind, If during the parliamentary elections it is easier to bribe people; in the presidential elections it becomes more difficult. Now there is an uncontrollable factor for the authorities and that factor are the citizens themselves. And even that little factor becomes a hope for the candidate hoping that the ones in power cannot surpass the “people factor”.

To the question is it true that Hovhannisyan was appointed by authorities, Safaryan again answered that it is not the question that he should answer to. To the journalist’s note that the fact that Hovhannisyan was the first one to run for the president and that created an opinion that Hovhannisyan became an obstacele for the opposition to boycott the elections, Safaryan responded, “If I come to know that in the political field boycott has turned into a political capital, I will agree with that point of view, but in this sense, I am not able to agree. ”